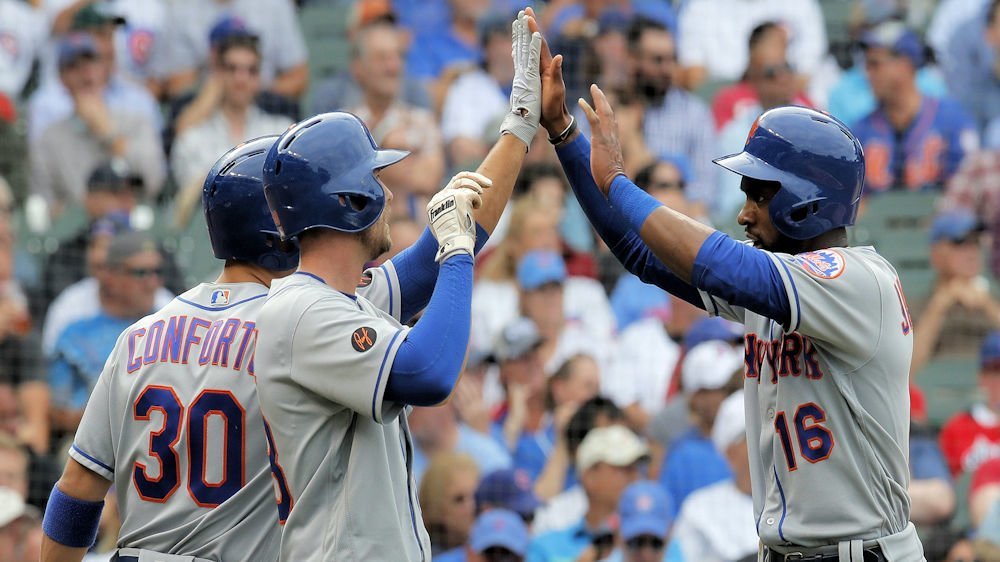 CHICAGO -- All good things have to come to an end eventually as the Mets snapped the Cubs' 7-game winning streak with a blowout 10-3 victory on Wednesday afternoon.

The contest was pretty much never in doubt after Todd Frazier's two-out grand slam to left center field off of Alec Mills in the first inning to put the Mets up 4-0.

Ian Happ had an RBI single to score Willson Contreras to give the Cubs a score on the board in the second inning at 4-1. The score would remain tied until the seventh inning as the Mets would add four runs with two RBI singles and a two-run RBI triple by Jose Reyes to add to their lead at 8-1. Just for good measure the Mets added two more insurance runs in the ninth inning to make it a laugher at 10-1.

The Cubs' offense was non-existent this afternoon after winning earlier 2-1 from the suspended game that was paused in the 10th inning last night. However, with two outs in the ninth inning, Victor Caratini hit his first homer of the season (two career homer) to give the home fans something to finally cheer about.

The story of the game was back-end Mets starter Jason Vargas who pitched 5.1 innings giving up only four hits, one run, and six strikeouts against the National League's hottest offense. The journeyman pitcher lowered his ERA from 8.75 to 6.56 with his last four starts.

The Cubs will now begin their longest road trip of the season going to Atlanta on Thursday, followed by a weekend series in Philly, and then four games with the Washington Nationals. The Cubs won't be back to Wrigley Field until Sept 10.