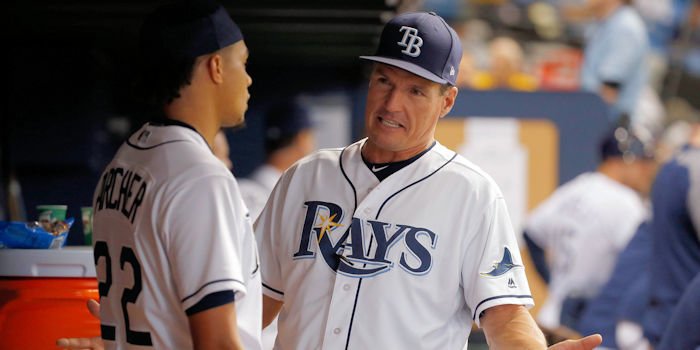 CHICAGO – The Chicago Cubs have named Jim Hickey as major league pitching coach, promoted Brandon Hyde from first base coach to bench coach and named Will Venable first base coach. In addition, the Cubs have hired Jim Benedict as Special Assistant to Baseball Operations.

Hickey, 56, in 2018 will begin his 15th season as a major league pitching coach, the last 11 with Tampa Bay. The Chicago native reunites with Maddon, as they worked together for eight seasons with the Rays. Hickey began his run as a big league pitching coach with Houston midway through the 2004 season as an interim and was named full-time coach after that campaign. He spent two more seasons in Houston before joining Maddon’s staff in Tampa Bay in 2007.

Hickey began his coaching career in 1991 and spent his first 16 seasons in the Astros organization. He was in his seventh season with Houston’s Triple-A New Orleans affiliate prior to his big league promotion in 2004. A 13th round pick of the White Sox in 1983, Hickey pitched seven minor league seasons in the White Sox, Dodgers and Astros chains.

Hyde, 44, joined the Cubs in 2012 as minor league field coordinator and was named major league bench coach in 2014. He shifted to first base coach prior to the 2015 season. Hyde also served as bench coach for the Marlins from 2010-11.

The former outfielder’s best years came with San Diego from 2010 to 2013, where he ranked among the N.L. leaders in triples, while stealing 20 or more bases, in each of those seasons. He was voted the Padres' MVP for the 2013 season when he became the eighth player in franchise history to record at least 20 home runs and 20 steals in a season.

Venable was selected by the San Diego Padres in the seventh round of the 2005 Draft out of Princeton University. At Princeton, he was the second athlete in Ivy League history to be first-team All-Ivy in both basketball and baseball.

Benedict, 56, joins the Cubs after spending the last two seasons as Vice President, Pitching Development for the Marlins. He spent the previous seven seasons in the Pirates organization in a variety of roles, including minor league pitching coordinator and Special Assistant to the General Manager. He has also served as a major league scout with the Indians (2007-08) and as a pro scout with the Yankees (2001-06).

Benedict pitched three seasons in the minors in the Kansas City and Atlanta systems (1984-86). He coached collegiately before beginning his scouting career with the Rangers in 1990.