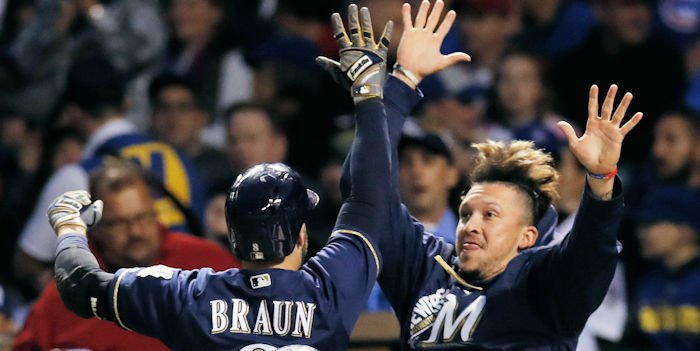 CHICAGO –- In the first regular-season Friday night game at Wrigley Field, the Cubs succumbed to the Brewers 2-0. It was the 10th time that the Cubs had been shut out this season which is tied for most in the National League.

This series will be incredibly crucial to the Central Division playoff race as every loss becomes a game difference in the standings, so dropping the first of three was a step in the opposite direction for the reigning champs.

The Brewers are only four games back in the National League Central standings.

Cubs veteran John Lackey was solid going seven innings giving up only two runs with nine strikeouts but took the loss which was his second in his last 10 games.

All the runs in the game came from a two-run 410-foot shot by superstar Ryan Braun for his 300th career homer. The home run ball has been a problem for Lackey as he has given up 33 dingers which is tops in the National League.

On Saturday, the Cubs will with Mike Montgomery on the mound who is 4-4 with a 4.17 ERA as a starter against Chase Anderson.