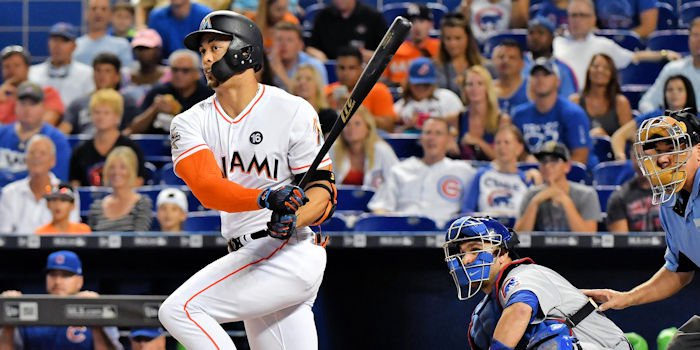 MIAMI, FL – The old saying old habits die hard is apropos as the Cubs’ struggles with runners in scoring position revealed themselves once again as Chicago was shut out for the sixth time this season.

Prior to Friday night, the Cubs hit 317 (26-for-82) with runners in scoring position in the team’s last nine games after batting just .154 (6- for-39) in that situation in the previous six games.

The Cubs pitchers did their job, giving up just three hits and two walks, but the offense could only scatter five hits and four walks – three to Kris Bryant – and left seven on base in Friday’s shutout.

Chicago is in the midst of a 20-game, four-city stretch where they play six series in six different ballparks. The Cubs are 6-5 after games at New York (1-2), Pittsburgh (2-1), Wrigley Field (2-1 vs. San Diego) and Miami (1-1) and still have to travel to Washington and Cincinnati for two three-game series with the Nationals and the Reds.

Starter John Lackey retired seven in a row before Giancarlo Stanton launched a 2-1 curveball to center field for his 19th home run of the season, giving the Marlins a 1-0 lead after three innings.

Lackey ran into trouble again in the sixth after giving up a leadoff single to Dee Gordon, who stole second and advanced to third on a throwing error by catcher Miguel Montero. The run scored on a sac fly to center, making it a 2-0 Marlins advantage.

Lackey has pitched five-plus innings in 29 consecutive starts - his last start that didn’t go five innings was last June 25th, and it was at Miami.

Justin Grimm replaced Lackey – who suffered the loss and falls to 5-8 – gave up just two runs on three hits and two walks and struck out five in six innings of work.