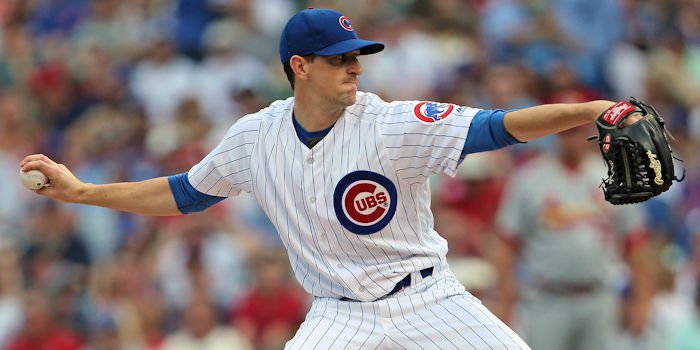 CHICAGO -- There was a reason why the Cubs missed having Kyle Hendricks in the rotation. The 28-year old pitched incredibly well, holding the Cardinals to just one run while striking out five in the 4-1 win. Hendricks has been and will be an important piece of the puzzle for the Cubs and can be an anchor in their rotation, alongside Lester, for a few more years.

It took a little while to get going, but the offense did what it needed to do to earn the win. Albert Almora served as the catalyst by driving in two of the four runs and using his heads-up baserunning to put himself in position to possibly score another. With two outs in the fifth, Almora doubled to left to score Anthony Rizzo and advance Willson Contreras to third, but Ian Happ struck out to end the inning.

There were a couple of chances the Cubs missed, but they had enough runs to give Hendricks some slack. He didn't really need it, but it was better to have it anyways. Hendricks scattered six hits across 7.2 innings and picked off his seventh base runner of the season. Hendricks has the most pickoffs by a right-handed pitcher this year which is impressive considering he missed a month on the disabled list. He was pulled after giving up a solo home run to Matt Carpenter.

Addison Russel returned from his extended stay on the disabled list to bat for Hendricks in the bottom of the eighth. His leg must have healed fairly well because he cranked a solo homer to the back of the left field bleachers. He received a standing ovation for his efforts. Joe Maddon will have to figure how to ease him back into the schedule along with Javy Baez and Ben Zobrist.

Wade Davis earned his 30th consecutive save, adding to the franchise record.

We missed that smile. pic.twitter.com/04ROhQEe0P