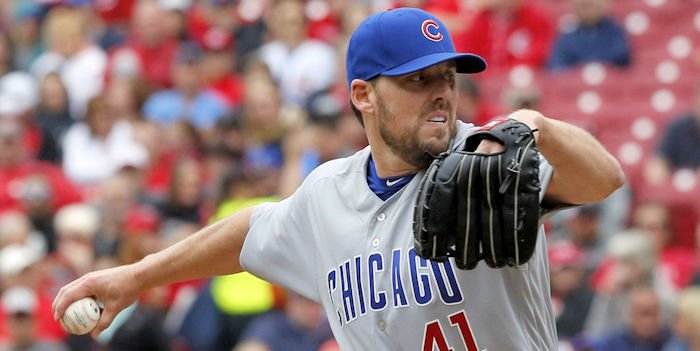 For the most part, pitcher John Lackey of the Chicago Cubs has struggled mightily in the early innings of his starts this season.

CHICAGO -- A 6-5 loss to the Miami Marlins marks the first defeat for the Cubs during their ten-game home stand. John Lackey (4-6, 5.12 ERA) took the loss after giving up five runs including two home runs to Marcell Ozuna and J.T. Realmuto. Lackey is currently ranked second in the National League in home runs allowed with 16.

The Cubs’ first-inning woes continued when Dee Gordon tripled past Kyle Schwarber in left field and Christian Yelich hit a sacrifice fly to bring him in. The Cubs responded in the third inning when Anthony Rizzo scored Kyle Schwarber and Ian Happ on a deep double to right-center field. Happ would also homer to left field in the fifth inning bringing the Cubs within two runs of the lead at 5-3.

The Cubs threatened again in the seventh after Schwarber hit a dinger to center, to pull within two, and Rizzo and Ben Zobrist reached with two outs. David Phelps ended the threat by inducing a weak groundout from Jason Heyward to keep the score 6-4.

Per Jesse Rogers, Kyle Schwarber had his first multi-hit game since August 13, 2015, after doubling twice and homering to left.

Kyle Schwarber has his first 3 hit game since August 13, 2015. He's doubled twice and homered driving in 2 and... https://t.co/fdSHjwWPNW