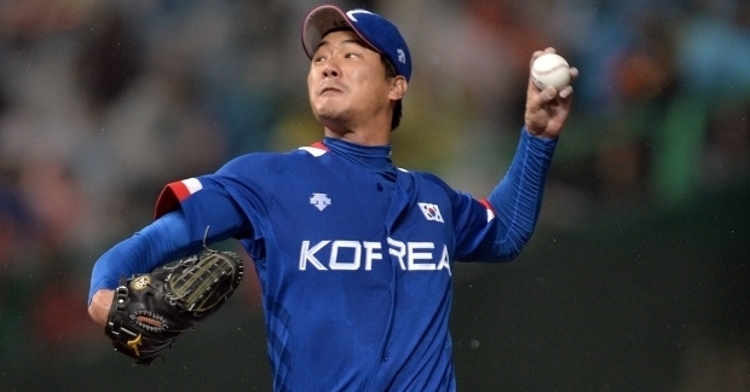 Kwang-Hyun-Kim could be a solid MLB starter

This season free agent pool seems to be growing by the minute, which could be a good thing for the league this season. Although not highlighted by the likes of Manny Machado and Bryce Harper, plenty of big-name players will lead the way this season with Gerritt Cole, Anthony Rendon, and Stephen Strasburg as the three big players in this year’s market.

However, unlike in years past, this year’s pool isn’t as diluted and top-heavy as it has been in the past as teams should be able to find great value throughout the free-agent period. As organizations continue to focus on free agents, the international pool is starting to heat up as well as Kwang-Hyun-Kim was officially posted which has drawn interest from the Cubs.

Not only does Kim fit the mold the Cubs are looking for in a starting pitcher, but he is a lefty to boot, which would make a suitable replacement for recently departed Cole Hamels. Not to mention, Kim is regarded as ace material, and you can see why the Cubs are in on this lefty. It took a little bit longer than expected, but it came to no one’s surprise to see Kim posted as the Cubs have been in on him for a while, scouting him thoroughly this past summer.

Since he was posted this week, his 30-day signing period begins, and he has a month to sign with an MLB team, or he returns to the KBO. Given how late it took for him to get posted, the timing comes at an interesting time as he may not sign a deal until after Christmas or even the New Year, which could benefit the Cubs going forward.

What makes this situation even weirder, was that Kim was supposedly posted almost two weeks ago, but teams required additional medical records on him before allowing him to hit the market. I can only guess that had to do with his 2017 Tommy John surgery. The now 31-year-old lefty is just one season back from that injury, but he dominated once returning to the mound.

The age and his most recent injury may scare you away from signing him, but when you look at what he has done in the KBO, his track record closely lines up with Hyun-Jin Ryu of the Dodgers before he came overseas. The most significant difference between those two lefties is that Ryu was always a high contact type of pitcher, while Kim is much more of a strikeout guy.

During his time with the SK Wyverns, Kim has been mightily impressive going 136-77 with a solid 3.27 ERA and just under 1500 strikeouts. Armed with a high overhand delivery, Kim has a fastball that comfortably sits in the 92 MPH range, but can top out at 96. He also features a stable diet of steady off-speed pitches, including a slider that is considered above average at the MLB level that sits around 85. Kim also features a curveball and a new pitch that he recently has gained confidence in, which has been a high sinking forkball.

After struggling with his command earlier in his career, Kim has seemed to iron that out and has now turned himself into a solid starter. This is not the first time Kim has been posted in the MLB, as it looked like he was on the verge of signing with the Padres back in 2008. However, contract negotiations fell through, and Kim returned to SK for the next decade.

Now that he has posted for the second time in his career, Kim will have 30 days to negotiate a deal with any MLB team he chooses. Should he like what he sees somewhere and wants to come to terms, Kim would be able to sign, and the posting fee will be minimum. A small percentage of what the overall contract is. Kim will certainly be one of the many under the radar options the Cubs will be looking for fixing their starting rotation going forward.