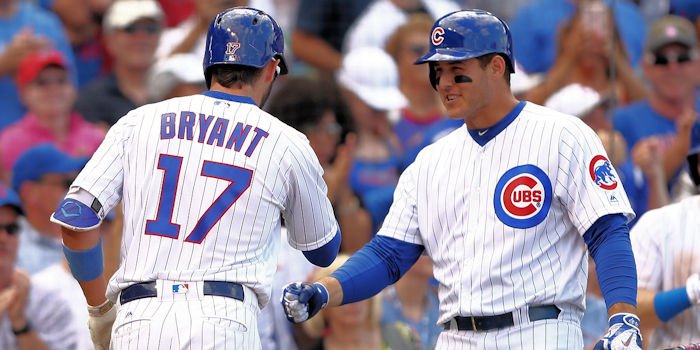 CHICAGO – In spite of an egregious defensive effort by both sides, the Cubs pulled ahead of the Pirates 6-1 for the first win of the series. The Cubs and Pirates are both in the bottom five of the National League in errors committed and added another three apiece to their totals.

Kris Bryant missed hitting for the cycle by a double, but he decided to hit a second home run instead. Anthony Rizzo also clubbed his twentieth home run of the year. This is the second game in 2017 when “Bryzzo” both had home runs.

A sophisticated heat beam which we call a "laser." pic.twitter.com/YYUP8dqW7r

It was a minor miracle the Cubs didn’t start another game in a first inning hole. Eddie Butler (4-3, 3.86 ERA) started on the mound and picked up two quick outs, but ran into trouble thereafter. Andrew McCutchen doubled to center field and Butler walked Josh Bell and John Jaso, but recovered to strike out Gregory Polanco.

The Cubs returned the favor in the bottom of the first by putting runners on second and third, after an error by Josh Harrison, with nobody out only to record three consecutive outs. The next few innings featured much of the same “get two or three guys on, but never score” kind of playstyle.

The Cubs broke the seal in the fourth inning. Ben Zobrist singled to right field and was driven in by a rare triple to left field by Bryant. Anthony Rizzo gave the Cubs some insurance after he homered to go up 3-0.

Carl Edwards Jr. replaced Butler in the fifth inning. Butler has had trouble getting through a lineup the third time evident by his batting averages against. The first time around opposing players are hitting .214 against him. The second time through, .244 and the third time .350. With Pittsburgh’s heart of the order coming up, Maddon made the change.

Other than one unearned run given up by Pedro Strop, the rest of the game went smoothly for the Cubs pen which ranks fourth in the majors in ERA. Wade Davis finished the game despite it not being a save chance.

Kris Bryant became the first Cubs player since Todd Walker in 2004 to hit two home runs and a triple in the same game. Not too shabby for the reigning MVP.