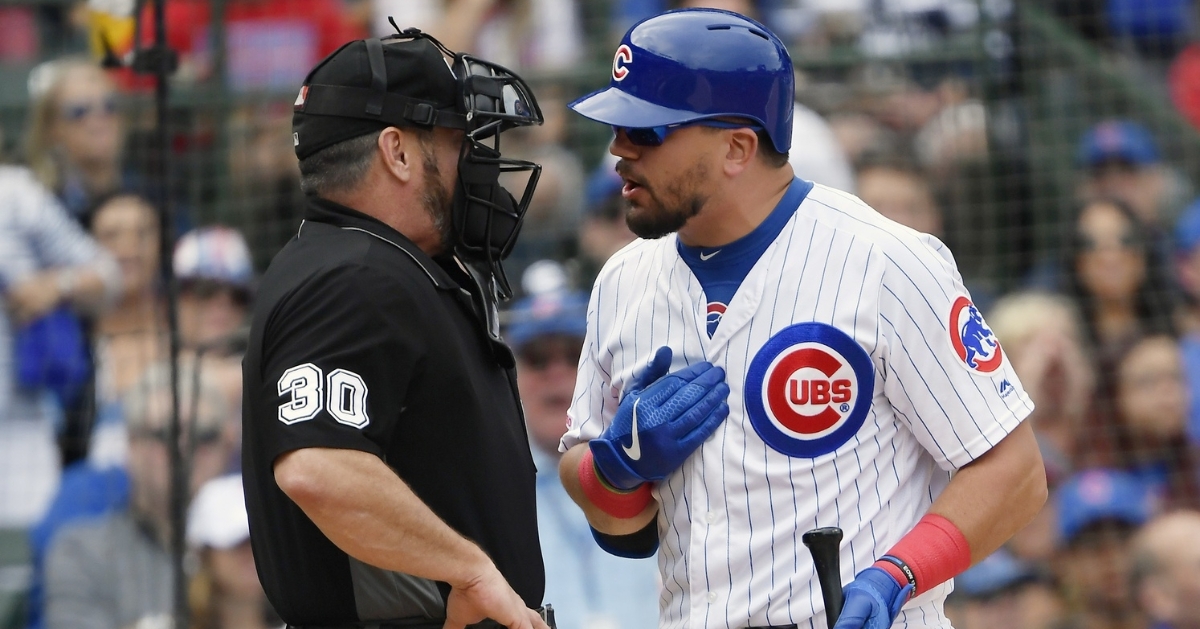 CHICAGO — A 4-game winning streak came to a screeching halt for the Chicago Cubs (73-62) on Saturday afternoon. Getting shut out 2-0 by the Milwaukee Brewers (69-66) at Wrigley Field, the Cubs suffered an unfortunate defeat, as they made great contact throughout the ballgame and lost on a bloop single. Chicago hit into nine lineouts on the day and were limited to a modest six hits. As for the Brewers, who went 1-for-11 with runners in scoring position and left 10 men stranded on base, they took a 2-0 lead in the opening inning and held on the rest of the way.

Making his first start since being activated off the paternity list earlier in the week, Cubs hurler Cole Hamels was shaky in the first inning but went on to produce a decent 6-inning performance, in which he struck out seven. A leadoff double by Ben Gamel and two 1-out walks led to the Brewers having the bases loaded in the top of the first. Then, Manny Pina, who was the lone Brewer to experience success at the plate in Friday's series opener, lofted a bloop single into shallow center field that pushed two runs across.

The Cubs' only extra-base hit of the day was collected by Hamels, as he smacked a double in the bottom of the fifth. Hamels was deserted at second base, though, with the Cubs going 0-for-5 with runners in scoring position in the loss. Zach Davies started on the mound for the Brewers and pitched 4 2/3 innings. Following Davies' departure, the Brewers' bullpen kept the Cubs scoreless for the remainder of the game.

Chicago's best chance to garner momentum occurred with Brewers reliever Drew Pomeranz pitching the sixth inning. After two straight 1-out singles, Kyle Schwarber struck out looking and was not at all happy with the questionable strike-three call, which came on a pitch that appeared to be outside. Victor Caratini drew a 2-out walk to load the bases thereafter, but Addison Russell then proceeded to hit a comebacker that resulted in an inning-ending groundout.

Over the course of the final three innings, the Cubs went nine up, nine down at the dish, with Brewers reliever Josh Hader continuing his career-long dominance of the Cubs in his 1 2/3 innings of work. As a result of the 2-0 win, the Brewers gained ground on the Cubs in the standings and now trail Chicago by four games. The Cubs have yet to drop a home series versus the Brewers this season, and they will need to win Sunday's rubber match in order to keep that trend alive.