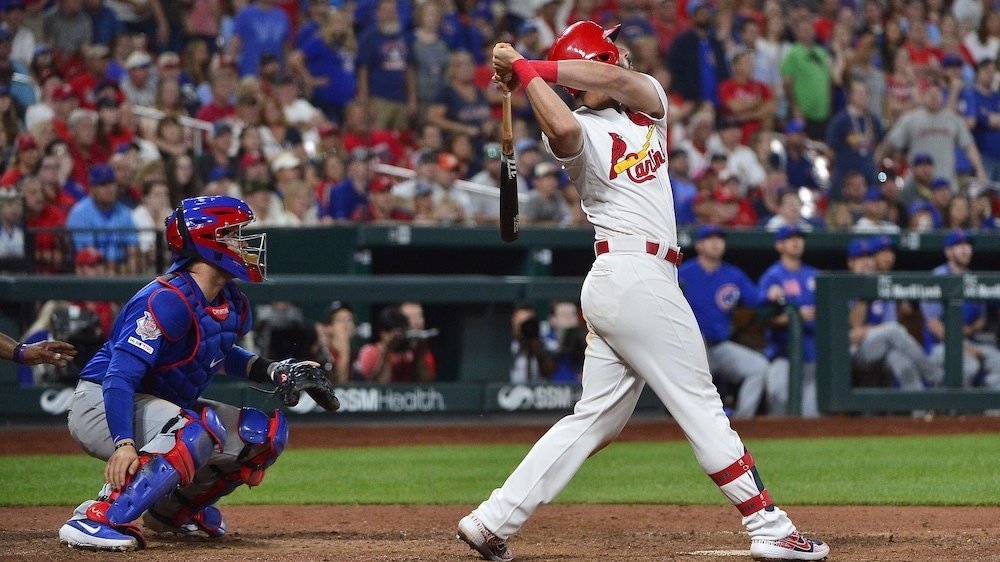 ST. LOUIS, Mo. — After being tied at 1-1 midway through the second inning, the Chicago Cubs (31-24) and the St. Louis Cardinals (28-28) engaged in a war of attrition from that point forward in what turned out to be a good, old-fashioned National League Central duel at Busch Stadium on Friday night. Winning in walk-off fashion in their first home contest against the Cubs this season, the Cardinals collected a 2-1 victory in the 10th inning to move to within 3 1/2 games of the Cubs in the standings. Going 0-for-8 with runners in scoring position, the Cubs scored their lone run of the night on a sacrifice fly by their starting pitcher.

Yu Darvish got the nod to start on the mound for the Cubs, and he produced one of his best outings of the season by pitching six innings of 3-hit ball, in which he struck out six. Darvish also made a positive impact at the plate, as he tabbed an RBI via a sacrifice fly in the top of the second. Cubs catcher Victor Caratini led off the inning with a ground-rule double off Cardinals starter Miles Mikolas and was plated on Darvish's sacrifice fly soon afterward. Overall, Mikolas was solid in his seven innings of work, as he did not give up another run following the second inning.

Prior to Darvish's RBI, the Cardinals went up 1-0 in the bottom of the first by way of a sacrifice fly of their own. Darvish struggled out of the gate, with the right-hander walking the first two batters in the bottom half of the first frame and throwing a wild pitch in between. Later in the inning, Marcell Ozuna put the Cardinals ahead with a sacrifice fly that scored Matt Carpenter. The Cubs boasted a bases-loaded opportunity in the top of the first, but second baseman Addison Russell lined out to leave all three runners stranded.

Cubs third baseman Kris Bryant was the first player to reach base, with the slugger braving the boos from the Cardinals faithful and hitting a base knock up the middle in the top of the first. Bryant was booed in each of his plate appearances due to lighthearted comments that he made at Cubs Convention in January about the city of St. Louis, as he referred to the home of the Cardinals as "boring." The seeing-eye single proved to be the only success experienced by Bryant with the bat on the evening. Overall, he went 1-for-5 with two strikeouts.

The Cardinals brought an end to the contest in extra innings. In the bottom of the 10th, Cubs reliever Mike Montgomery gave up a 1-out double to Kolten Wong, which led to Dillon Maples coming in to toe the rubber for the Cubs. Maples walked the first two batters whom he faced, but a ball that was called on a full count for the first walk appeared to have just caught the inside edge of the plate. Maples was rattled after thinking that he had picked up a strikeout on what turned out to be a walk. As a result, he then walked the next batter on four straight pitches. Steve Cishek proceeded to replace Maples on the bump but was unable to escape the bases-loaded jam, as he gave up a towering single hit to deep left field by Carpenter that scored Wong and provided the Cardinals with a 2-1 triumph.

Nothing boring about that walk-off! pic.twitter.com/1MHeK8DNTU