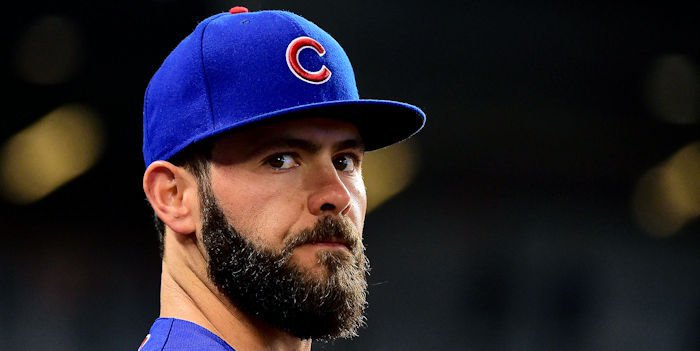 CHICAGO -- Anthony Rizzo tied the game at 4 in the ninth as the Cubs came behind from a 2 run deficit, but it wasn’t enough as the White Sox score a run in the bottom of the ninth to win the game with a score of 5-4.

The Chicago Cubs (owners of the best record in MLB) faced the Chicago White Sox Tuesday evening. It was the first of four games in the Crosstown Classic after the Cubs completed a series victory yesterday against the Milwaukee Brewers.

The first score of the game came in the bottom of the third inning as the White Sox got on the board. Adam Eaton singled to right to score Tyler Saladino to put the White Sox ahead 1-0. The Cubs threatened in the 4th, but left runners stranded.

The Cubs had runners on third and second in the 6th with 2 outs, but the White Sox got out of the jam and the Cubs still trailed 1-0. The White Sox added more to their lead as Todd Frazier homered to center putting the score at 4-0 as he scored Melky Cabrera and Jose Abreu in the process. It was only the 8th home run Jake Arietta has given up in 127 innings.

Miguel Montero started the 7th with a double and Baez homered to left to give the White Sox a run for their money as the Cubs put fear into the White Sox with the score at 4-2. Arietta left the game after 6 innings pitched in which he walked 2 and struck out 6. The game came down to a battle of the bullpens. Justin Grimm came into the 7th and struck out 2 of the 3 batters he faced.

Baez started the 9th inning with a lead-off double, right when the Cubs needed it the most as they still trailed 4-2. After stealing third, Baez was able to score off of a single hit by the one and only Dexter Fowler. The Cubs knocked the deficit down to 4-3. Kris Bryant was able to move Fowler to third, but he himself was thrown out at second. Rizzo singled to left center scoring Fowler and putting the score at 4 apiece as the Cubs make an epic comeback in the 9th.

The Cubs aren’t able to win though, as the White Sox make a comeback in the 9th to win the ballgame 5-4.

The Cubs play game two of four against the Chicago White Sox as Kyle Hendricks will face off against James Shields on the pitcher’s mound.