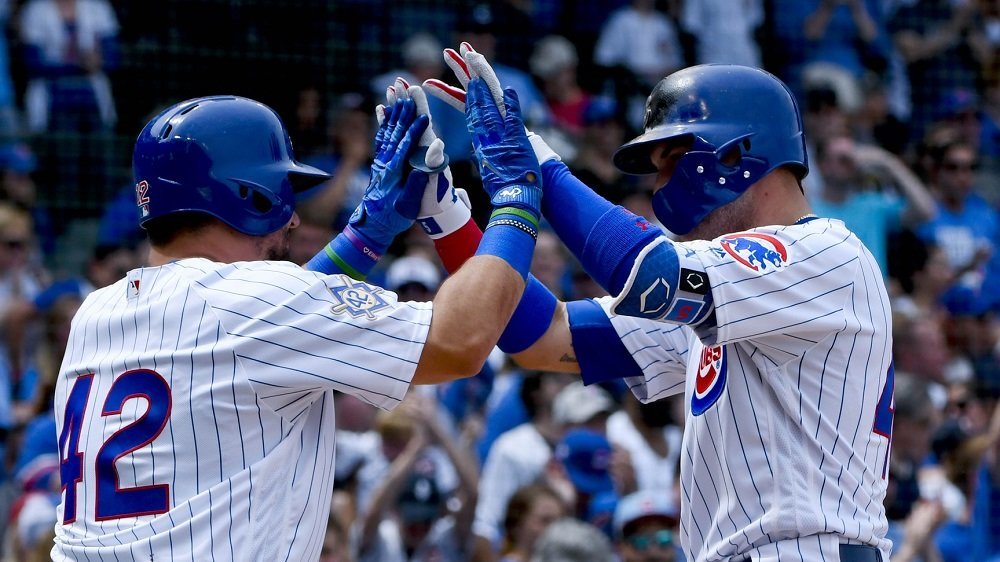 The Chicago Cubs were not efficient enough at the plate in their loss to the Atlanta Braves. (Photo Credit: Matt Marton-USA TODAY Sports)

CHICAGO — The makeup of a rainout between the Atlanta Braves and the Chicago Cubs at Wrigley Field on Monday was video game-like. It featured 10 runs that were scored via the home-run ball and one that was scored via an HBP, as well as atrocious hitting by both teams with runners on base. The Braves benefited from hitting three long balls, as opposed to the Cubs' two, winning 6-5 because of it.

Cubs starting pitcher Quintana continued with his up-and-down start to 2018, giving up nine hits, six runs and three walks in a mere 4.2 innings pitched, seeing his ERA rise 5.23, as a result. Second-year Braves sensation Ozzie Albies made Quintana's day especially difficult, accruing three hits off him, including a leadoff home run to start the game.

The Braves added another home run in the top of the third, with catcher Tyler Flowers collecting his first homer of the season to score right fielder Nick Markakis, who singled in the previous at-bat.

The barrage of home runs carrried over into the bottom of the third, as Cubs third baseman Kris Bryant tallied his eighth home run of the year and sixth in the month of May. A no-doubter over the wall in left, Bryant's bomb scored leadoff man Tommy La Stella, who singled to start the inning.

Leading 4-3 at that point, the Cubs saw their lead disappear on three-run shot by recent Braves addition Jose Bautista. Marking the second homer with the Braves for "Joey Bats," the round-tripper to left put the Braves up 6-4, as Markakis and Flowers both singled earlier in the frame.

The Braves could have easily won by more, as they left a slew of runners stranded on base, but the Cubs' lack of offense enabled them to win, nonetheless. Chicago advanced a runner into scoring position only once after the Bryant home run and before the ninth inning. Almora, who went 3-4 at the dish, was the lone Cub to accrue multiple hits.

Chicago had the chance to win it in the bottom of the ninth with the bases juiced and Bryant up to bat. Braves reliever A.J. Minter got himself into a jam in the ninth, even going so far as to hit the Cubs' Ian Happ with a pitch to force in a run. However, he got out of the precarious situation by getting Bryant to line out to end the game.

Aside from the two home runs, Braves starting pitcher Julio Teheran gave up only two hits and three walks, producing a fairly decent start in six innings on the mound. He received the win, improving him to 4-1 overall. With the 6-5 victory, the Braves won their third straight, while handing the Cubs their second consecutive loss.