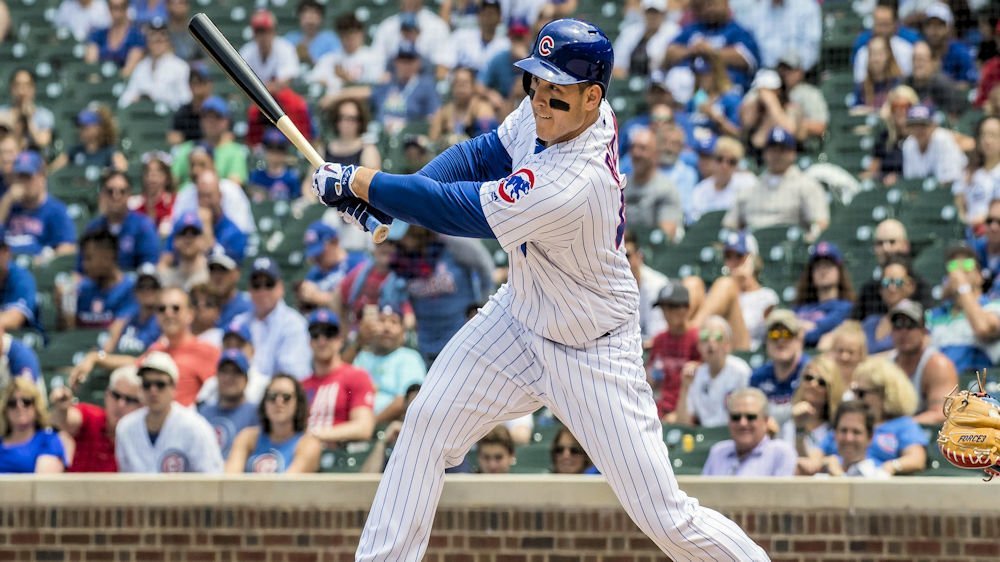 CHICAGO — Despite battling through starting pitcher Tyler Chatwood's typical struggles and overcoming several missed scoring opportunities to take a one-run lead into the ninth inning against the streaking Los Angeles Dodgers (38-33), the Chicago Cubs (40-29) blew a lead on a two-out hit by a Dodgers pinch hitter and ultimately lost. Falling 4-3 in the opener of a day-night doubleheader, the Cubs were outmatched in a rematch of last year's NLCS.

True to form, Chatwood's start was highly irregular. He threw a mixture of filth and garbage and struck out six but walked five. Giving up two hits and one run, Chatwood pitched his usual five innings on the hill. He now sports 64 strikeouts and 63 walks in 14 starts this season. Chatwood's 63 walks are more than any Cubs pitcher allowed all of last season.

On just the second pitch of the ballgame, the Dodgers, who amassed six hits on the afternoon, took the lead, as Joc Pederson smashed a home run to right. Chatwood worked himself into several jams after that but somehow found a way to escape all of them. He was bailed out by a clutch two-out hit from Kris Bryant in the second inning.

Bryant, who has struggled at the plate with runners in scoring position lately, overcame his recent woes by smacking a hit down the left-field line with two outs and the bases juiced. The ball bounced into the seats for a ground-rule double, scoring Kyle Schwarber and Addison Russell to give the Cubs a 2-1 lead. Dodgers starter Kenta Maeda did not last very long in his outing, pitching 3.2 innings of five-hit, five-walk ball, in which he was charged with three runs.

Chatwood continued with his up-and-down ways after his club took the lead. He hit Chris Taylor of the Dodgers in the helmet with a pitch to start the fourth but then collected himself and earned three consecutive outs. Taylor was able to remain in the game. In the fifth, Chatwood walked the first batter on four straight pitches but proceeded to tally three straight strikeouts, like only he could do.

The Dodgers were not pleased with some of the favorable strike calls that Chatwood received in his start, with their frustration boiling over in the fifth. Justin Turner argued a called third strike but was not ejected. Matt Kemp, however, was tossed after striking out looking to end the inning. Dodgers skipper Dave Roberts also aired his grievances with the home-plate umpire following Kemp's strikeout, and he, too, was ejected.

The Cubs increased their lead via another two-out hit in the fourth, with Anthony Rizzo singling to left-center to score Jason Heyward from third. In fact, the entire inning served as a two-out rally for Chicago. Prior to Rizzo's RBI, Heyward tallied a two-out single, and Ben Zobrist drew a two-out walk. Rizzo has now driven in a run in 10 consecutive games, making him just the fourth Cub to do such a thing in the live-ball era.

A couple of defensive blunders cost the Cubs in the sixth. First, Taylor hit a liner to left field that Kyle Schwarber badly misjudged off its initial bounce. As a result, Taylor made it to third on what should have been a double. In the next at-bat, Yasiel Puig skied a pop-up to shallow right field that three Cubs had a chance of catching. But a combination of the sun, the wind and miscommunication led to the ball falling for an RBI double.

Chicago was presented with a golden opportunity to gain that run back and then some by loading the bases with one out in the eighth. Javier Baez, who returned to a standing ovation in his first plate appearance since leaving Sunday night's game after being hit by a pitch, batted a one-out single that was followed by a double off the wall in left from Bryant. Bryant, who hit in the leadoff spot, finished 2-5 and was the lone Cub to accrue multiple hits in the contest.

After Bryant's double, Jason Heyward was intentionally walked, thereby loading the bases with one out. The Cubs then laid an egg in the ensuing two at-bats. Albert Almora, Jr., fouled out, and, after a pitching change, Rizzo flied out to the warning track in right. Chicago paid the price for leaving those three runners stranded in the ninth.

With closer Brandon Morrow unavailable because of a back ailment, middle reliever Justin Wilson was given the chance to earn the save for Chicago. He allowed a walk and a single in two of the first three at-bats to apply pressure to himself. Wilson was able to strike Yasmani Grandal out looking for the second out. Grandal became the third Dodger to get ejected when he argued the third-strike call.

However, Wilson quickly lost that momentum in the next at-bat, as pinch hitter Kyle Farmer hit a double to left that scored both runners, providing Los Angeles with a 4-3 lead. All-Star Dodgers closer Kenley Jansen then went three up, three down in the bottom half of the inning to secure the win and break the Cubs' hearts.