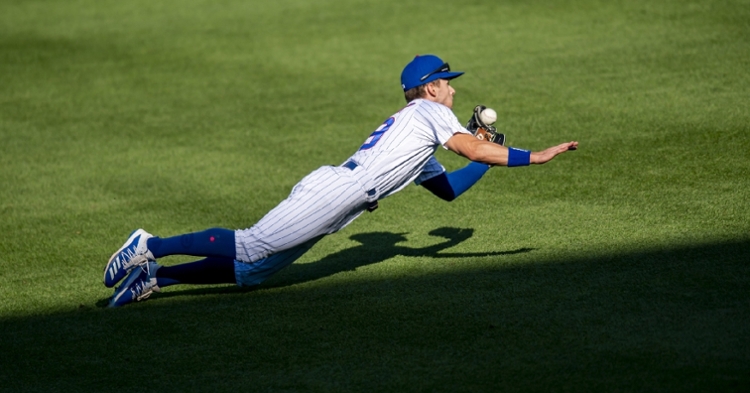 CHICAGO – The Chicago Cubs today selected the contract of outfielder Ian Miller from the club’s South Bend Alternate Site. To make room for Miller on the 40-man roster, right-handed pitcher James Norwood has been transferred to the 45-day injured list.

Miller, who will wear uniform number six, will be available for the Cubs this afternoon when they conclude their three-game series against the Chicago White Sox at Wrigley Field.

Miller, 28, signed a minor league contract with the Cubs last offseason after making his major league debut with the Minnesota Twins in 2019, seeing action in 12 games and batting .176 (3-for-17) with two runs scored, one double and one RBI. He was invitee to Cubs major league spring training in 2020.

The left-handed batter and right-handed thrower was originally selected by the Seattle Mariners in the 14th round of the 2013 Round out of Wagner College. He is a career .274 hitter (735-for-2,683) with 104 doubles and 32 triples in 696 career minor league games covering the last seven seasons in the Mariners and Twins organizations. Miller has recorded 243 stolen bases, an average of 35 per season, during his minor league career.

Norwood, 26, was placed on the 10-day injured list on August 2 with right shoulder inflammation.

Additionally, the Cubs have signed infielder Patrick Wisdom to a minor league contract and assigned him to South Bend. Chicago’s 60-man Player Pool roster stands at 58 players, with 28 active players (plus four 10-day injured list players) in Chicago and 26 players in South Bend.