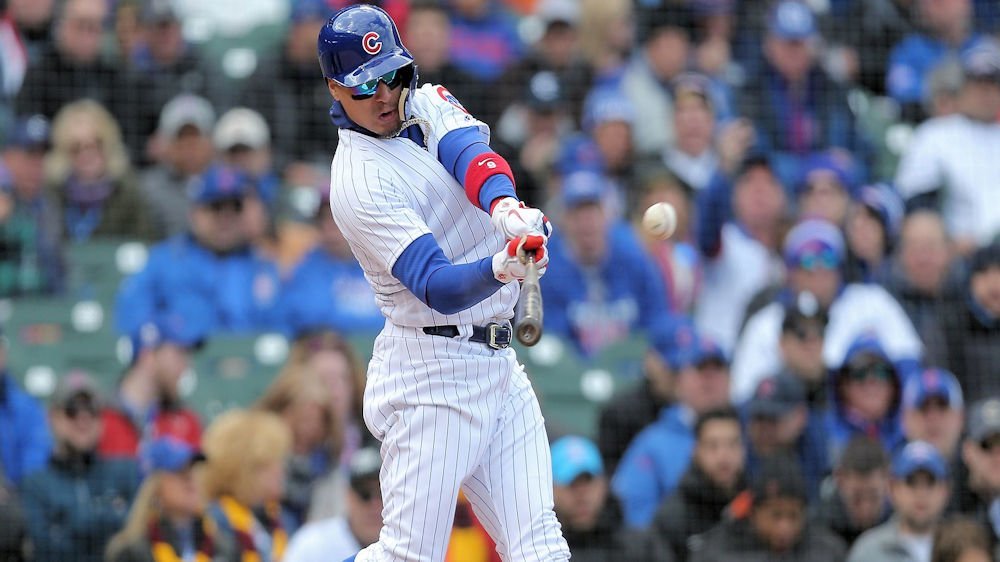 CHICAGO -- A crazy comeback is always fun to watch especially when it's your team doing it. The Cubs battled back from an 8-run deficit to win 14-10 on a cold and rainy Saturday afternoon.

Braves second baseman Ozzie ALbies started off the scoring homering to left field. Almora answered him in the bottom of the inning with his own home run to left field. It was his first of the season. The Braves took over from here on out, scoring three runs in the second and five in the third to take a 9-1 lead.

Jose Quintana looked about as grey on the mound as the sky above him. He did well pitching in the zone, but he gave up a ton of hard contact and hardly struck out anybody. When he went out of the zone, they didn't chase and when he tried to mix speeds they squared him up. His final line was 7 runs on 7 hits, 4 walks, and just one strikeout.

Eddie Butler relieved Quintana in the third, and while he was not as dominant here as he was in Miami, he only gave up two earned runs in almost four innings pitched and his ERA now sits at 2.45. The rest of the bullpen held the Braves scoreless over the final five innings.

The Cubs had a great chance for some runs in the sixth inning when they got the bases loaded with no outs, but managed just one run on a pinch-hit walk from Schwarber.

The eighth inning capped the game as the Cubs scored nine runs on only three hits and forced the Braves to use four pitchers for three outs. Jason Heyward started the inning getting hit on the knee. Schwarber struck out and then Tommy La Stella pinch-hit for pitcher Justin Wilson and singled. Jose Ramirez then came in to relieve Luke Jackson. Ramirez struck out Efren Navarro but hit Kris Bryant on the elbow. It was the fifth time already this year that Bryant which leads the majors.

Braves manager Brian Snitker did not get anyone going in the bullpen as Ramirez allowed a swinging bunt from Willson Contreras and a walk to Ben Zobrist. Javy Baez tied the game on a 3-2 fastball on the outer-third that rolled through the left-center gap all the way to the wall. It was now 10-10 and the scoring didn't stop there.

Addison Russell was intentionally walked so that incoming pitcher Sam Freeman could get a favorable matchup against Heyward, Schwarber and La Stella who were due up. Instead, Freeman walked all three of them which let in two more runs before he was pulled for sidewinder Peter Moylan. By this time, the rain and wind had picked up, even more, bringing the temperature down to around 30 degrees. Moylan's first pitch was wild and bounced around the backstop allowing Heyward to score from third. Schwarber and La Stella both overran their bases, but catcher Kurt Suzuki airmailed his throw to second into center field which allowed Schwarber to score easily.

By the end, the Cubs had scored nine runs and had taken the opportunity for a save from Brandon Morrow now that the score was 14-10. The bullpen was the real MVP making sure to keep the Cubs within striking distance over the final five frames.