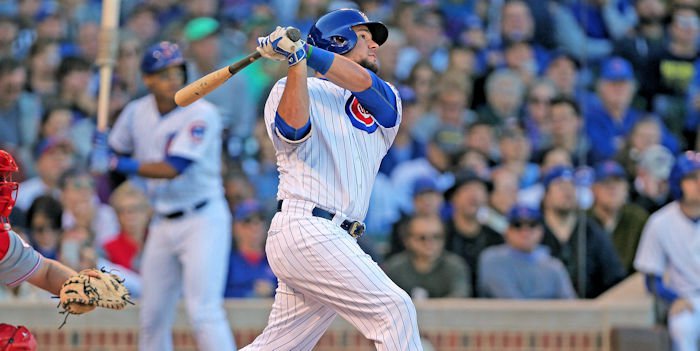 CHICAGO – Entering today, the Chicago Cubs were locked in as the third-seeded team in the National League playoffs, essentially making their contest versus the Cincinnati Reds virtually meaningless. However, one would not be able to tell that by the way that the matchup progressed. Obliterating the Reds 9-0 for their eighth win in their last 10 games, the Cubs rolled to victory at the Friendly Confines.

Despite the fact that the Reds accrued eight hits, just two fewer than the Cubs on the afternoon, Cincinnati was shut out because of a quality pitching performance by Chicago that saw the Reds garner practically no meaningful hits and leave six runners on base. As for the Cubs, they made the most of their scoring opportunities, with Kyle Schwarber experiencing a particularly effective day at the plate.

Perhaps gearing up for a solid postseason after what has been a woeful regular season for the slugger, Schwarber produced one of his top showings of the season by amassing four RBI via two hits. The first hit came on a two-run home run that scored catcher Willson Contreras in the bottom of the second. Setting the stage for the Chicago blowout, the shot to center provided Schwarber with 30 homers on the year. The home run was monumental in terms of Cubs history because it certified the first season in which the North Siders boasted two left-handed hitters who hit 30 homers, as lefty first baseman Anthony Rizzo has 32 long balls on the season.

Schwarber continued to wreak havoc on Reds starting pitcher Jackson Stephens in the third frame, as he drove home Ian Happ and Kris Bryant on a two-run single to center, putting the Cubs up 4-0. Cubs starter Jon Lester was excellent in his final start of the regular season, giving up only four hits and striking out seven in five quality innings on the hill. As for Stephens, he exited after the fourth inning and received the loss to fall to 2-1 overall. Lester earned the win to finish 13-8 overall.

The Cubs put the game out of the reach in the sixth inning, as they tacked on four more runs. Piling it on while facing Reds relief pitchers, Chicago added two of its runs on a two-run single from catcher Rene Rivera, who entered as a substitute during the course of the game. Following a pitching change, Happ collected an RBI on a sacrifice fly, and, then, utility player Tommy La Stella was walked with the bases loaded, which put Chicago up 8-0.

Rivera put a bow on the scoring with a solo homer in the top of the seventh, his 10th home run and 35th RBI of 2017. Soon after, closer Wade Davis solidified the shutout in the top of the ninth, securing the 9-0 win for the Cubs, who now stand at 92-69 with one game to play.