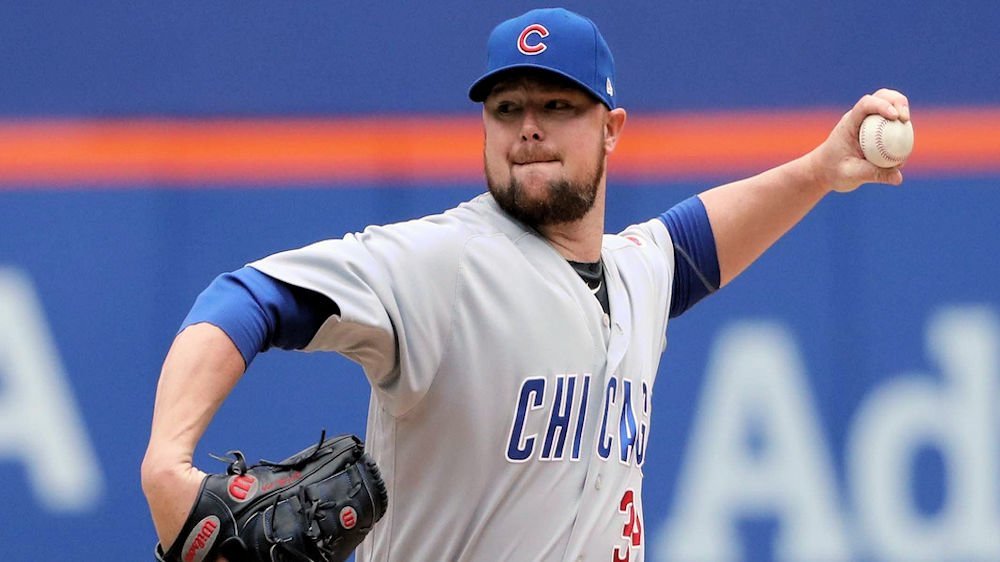 QUEENS — Taking a page out of the baseball history books, the Chicago Cubs utilized good, old-fashioned small ball to literally and figuratively steal a win from the New York Mets. Garnering a four-game sweep and their seventh straight victory over the Mets, the Cubs won 2-0 at Citi Field, scoring the only two runs of the ballgame in a seventh inning that featured three steals and expert base running on behalf of Chicago.

The Cubs played the part of the tacticians in the series finale, using head-up base running and defensive switches to outsmart the Mets on Sunday afternoon. With starting first baseman Anthony Rizzo and starting third baseman Kris Bryant both getting the day off, Chicago sported an interesting starting lineup.

The Cubs' defensive setup featured Ian Happ making his first start of the season at first base and Javier Baez and Tommy La Stella alternating a whopping 10 times between second base and third base, which was predicated upon opposing batters. Baez also manned shortstop after Addison Russell left the game with a middle-finger contusion that he suffered on an awkward swing in his fifth-inning at-bat.

With runners on the corners and no outs, Cubs bench coach Brandon Hyde and Cubs third-base coach Brian Butterfield, both of whom are acclaimed for their base-running prowess, opted to attempt an ingenious double steal that worked perfectly.

Contreras served as the distraction by taking a sizable lead off first base. Steven Matz, a left-handed starting pitcher for the Mets, took his eyes off Baez at third and, instead, took the bait by throwing over to first in an attempt at outing Contreras. Contreras proceeded to take off for second base, while Baez bolted for home. Mets first baseman Adrian Gonzalez noticed Baez motoring down the third-base line and threw home, but Baez slid in, headfirst, ahead of the throw to provide the Cubs with their first run.

We should be more surprised that @javy23baez stole home. pic.twitter.com/orxzsL0UTs

Scored as a double steal, the play excited those in the Cubs dugout, with the Chicago players mobbing Hyde in jubilation. More adept base running by the Cubs soon followed. After Kyle Schwarber hit a screamer up the middle for an infield single that placed runners on first and third, Contreras scored on a sacrifice fly hit to shallow right by Ben Zobrist.

The Cubs benefited from an awkward catch of the fly ball by Mets second baseman Luis Guillorme, as he was not facing the infield when making the play. Therefore, Butterfield sent Contreras, who scored with ease to put the Cubs ahead 2-0. For good measure, Schwarber stole second base thereafter but was left stranded.

The two runs scored in the seventh would suffice for the Cubs, though, as the Mets never seriously threatened late in the contest. Collecting just three hits on the afternoon, the Mets were shut down by Cubs ace Jon Lester, who worked a no-hitter until the bottom of the sixth. Responsible for only two hits and three walks in seven innings on the hill, Lester was magnificent, striking out seven and earning the win to move to 6-2.

Matz produced a solid seven-strikeout, seven-inning start, as well, with his costly throw to first base that led to Baez's winning steal proving to be his only significant mistake. Matz dropped to 2-4 with the loss. Cubs closer Brandon Morrow was granted a day of rest, and Chicago middle reliever Brian Duensing secured the 2-0 shutout win for the Cubs with his first save of the year.

In a contest that featured only eight combined hits, the Cubs (33-23) defeated the Mets (27-30) by being more resilient. Sporting a makeshift lineup reminiscent of the one that the beat-up Mets fielded, the Cubs made do with the opportunities bestowed upon them late in the game to stealthily accrue the win.