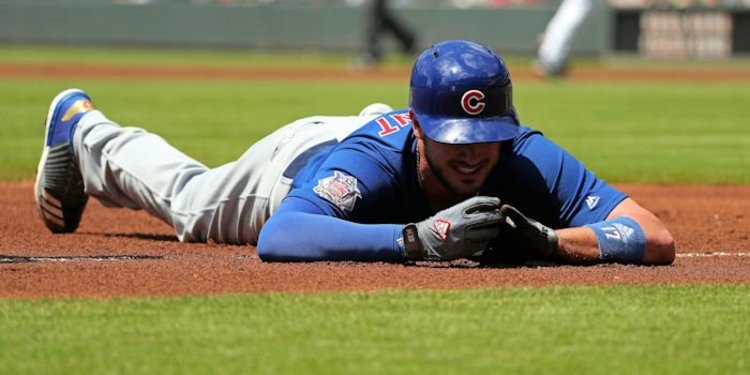 ATLANTA - The Chicago Cubs win streak reached six as the Cubs pounded the Braves 8-2 on Wednesday afternoon to sweep the three game series. The Cubs have won all six games since the All-Star game, all on the road. It is the first time Chicago has won the first six games out of the Break since 1935.

Chicago got homers from Tommy La Stella, Javy Baez and Mike Montgomery (2-6, 3.83) to put away the Braves.

Baez has been hot at the plate recently going 10 for his last 15 with two homers, two doubles, and six RBI. His homer traveled an estimated 436 feet and had an exit velocity of 105 MPH. It was his second hardest home run since joining the majors. Montgomery golfed an R.A. Dickey knuckleball into the right field stands for his first big league home run. It was hit an estimated 393 feet with an exit velocity of 100 MPH.

Montgomery was also excellent on the mound picking up the win after giving up one run on two hits in six innings. Dickey (6-6, 4.14) was saddled with the loss after giving up four runs in seven innings.

There was some bad news for the Cubs as star Kris Bryant had to leave the game with a finger injury. Bryant was seen holding his finger on his left hand as he walked to the dugout after being thrown out trying to advance to third on a ball in the dirt. The Cubs later announced that Bryant has a sprain in his left pinkie. The X-rays were negative on any type of fracture, and he will be monitored over the next few days while the injury is being called day-to-day.

The Cubs have outscored opponents 44-17 during the winning streak. The offense has hit .339 with runners in scoring position and in the last five games its starters have a 0.85 ERA.

Don’t look now, but the defending champs have won six straight and are undefeated since the All-Star break. https://t.co/xw9UZpGB8a pic.twitter.com/UotHfYrM8i