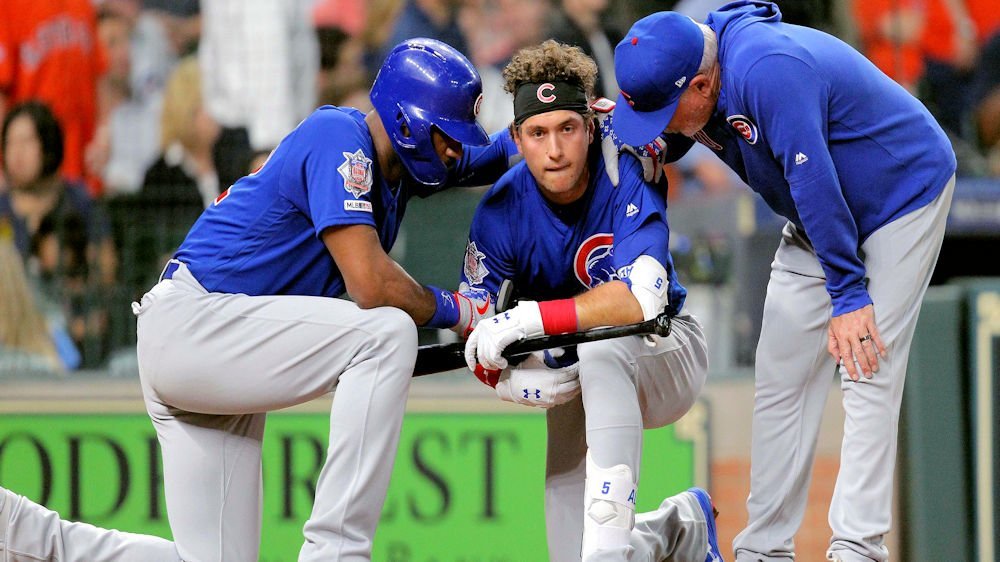 HOUSTON, Texas — The Chicago Cubs (31-23) accrued a subdued victory in their series finale against the Houston Astros (37-20) on Wednesday. The 2-1 win at Minute Maid Park was overshadowed by an awful incident that occurred in the fourth inning involving a little girl being struck by a foul ball hit by Cubs center fielder Albert Almora Jr. Leaving Almora in complete dismay, the unfortunate incident brought to light the looming question regarding why netting at big-league parks has not been extended down the foul lines in order to prevent such terrible moments from happening. Thankfully, media reports later indicated that the girl, who was rushed to the hospital for precautionary reasons, remained conscious after being struck and was in stable condition.

In terms of the game itself, the Cubs used a pair of solo home runs to pick up the win and avoid suffering a sweep. The Cubs also benefited from a fantastic outing by starting pitcher Kyle Hendricks, who pitched eight innings of 1-run ball, in which he struck out seven. Hendricks made his first career start against the Astros on the night and was provided with some early breathing room when Cubs left fielder Kyle Schwarber clubbed a 369-foot dinger in the first at-bat of the game. Schwarber's 10th homer of the season descended into a cranny of the seats beyond left-center field, leaving Schwarber confused as he rounded the bases as to whether or not it had actually gone out.

There was no such confusion on the Cubs' second blast of the evening, as slugger Kris Bryant, who returned to the lineup as the designated hitter after missing two games due to injury, swatted a no-doubter out to straightaway center field. The 419-foot round-tripper provided Bryant with his 13th long ball of the year, which equals his homer total from all of last season, and put the Cubs ahead 2-0 in the top of the third. Astros starting pitcher Wade Miley was victimized by the two solo jacks. As a result, he was handed his first losing decision at home this year.

The Astros plated their lone run of the contest in the bottom of the fourth. Houston shortstop Alex Bregman led off with a double that hit off the top of the wall in left field, and he was scored later in the inning on a sacrifice fly by right fielder Josh Reddick. Three of the Astros' four hits were doubles, but they went 1-for-5 with runners in scoring position and did not offer much of a threat at the plate in the late innings. An exception was a lined shot hit by third baseman Yuli Gurriel in the bottom of the eighth that was caught on the warning track by Cubs right fielder Jason Heyward and just missed being a game-changing 2-run homer. Cubs reliever Steve Cishek finished off the 2-1 triumph in the ninth frame with his fifth save of the season, thereby ending the Cubs' 3-game losing streak.