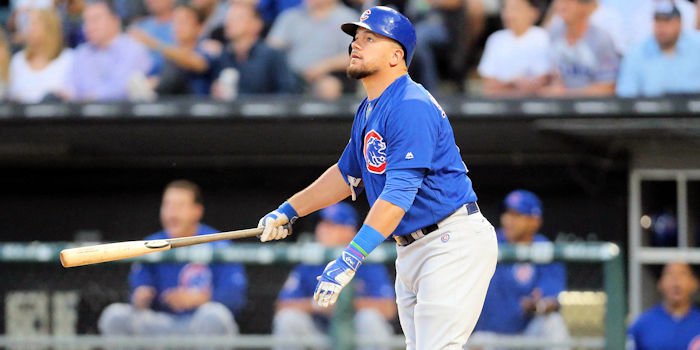 CHICAGO -- The Crosstown Cup belongs to the North Siders for the first time since 2013.

The Cubs have won the rivalry series with the White Sox and bragging rights for at least one season as the North Siders won 6-3 on Thursday night and overall three of four from their crosstown rivals.

Outfielder Willy Garcia hit a solo homer to centerfield in the third inning to put the White Sox up 1-0. The home run was his second of the season.

The lead was short lived as Anthony Rizzo cranked a solo shot to right field in the fourth inning to tie the game at 1-1. It was his 24th homer of the season, and it traveled an estimated 424 feet with an exit velocity of 102 MPH.

The Cubs weren't finished in the inning as Kyle Schwarber launched a two-run homer to left field to score Willson Contreras to put the Cubs up 3-1. It was his 16th homer of the season which matches a career high for the young slugger. He has four career DH homers for the Cubs which is already second-all time behind only Alfonso Soriano's six home runs.

Just give it a little tappy.

Homers were flying out of the ballpark as Jose Abreu got into the action with his 17th homer of the season to put the White Sox down only one run at 3-2 in the fourth inning.

A sacrifice fly by Kris Bryant scored Albert Almora Jr. adding to the Cubs lead at 4-2 in the fifth inning.

Schwarber continued his incredible game with a RBI triple that scored Willson Contreras to make the score 5-2 in the sixth inning. It was the first time a Cubs designated hitter had a homer and a triple in the same game. However, he didn't finish there as he continued his historic game with a 424-foot homer down the left field line in the seventh inning to put the Cubs up 6-2. He finished the game with two homers, a triple, and four RBI to raise his batting average after the All-Star break to .285 with five homers and eight RBI.

What a night for @kschwarb12, indeed.

It was a two-homer night for Abreu as he hit a rather meaningless solo homer in the ninth inning off of Koji Uehara to make the score 6-3 in favor of the Cubs. Uehara settled down and recorded the last three outs of the ballgame to secure the rivalry win.

After the game, the Cubs team took pictures with the Crosstown Cup on the field.

The Cubs have a 1.5 game lead in the National League Central and will begin a pivotal three-game set with the Milwaukee Brewers with the first game starting Friday at 7:10 p.m. CDT.

11-2 since the All-Star break! #W pic.twitter.com/0sVygp4gzG