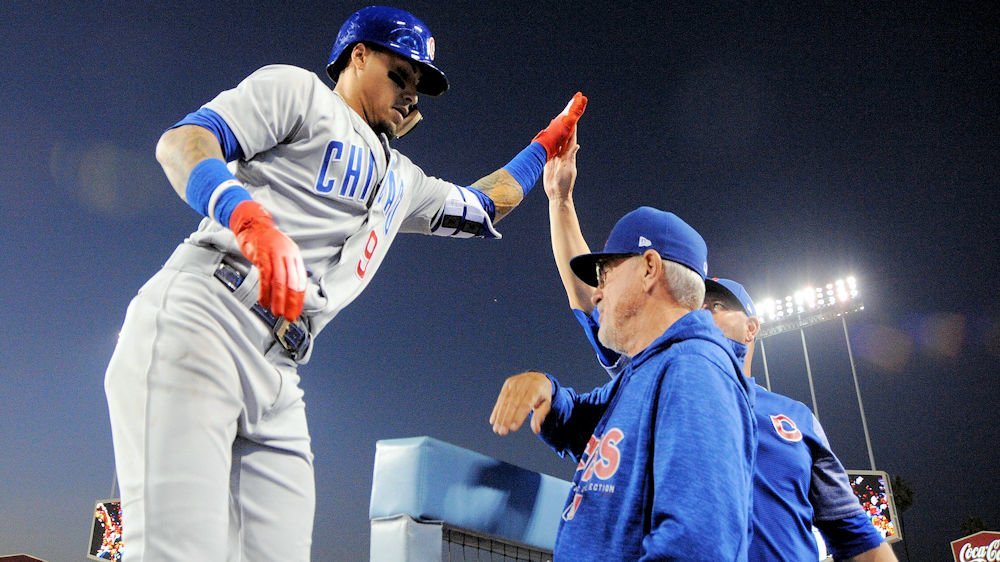 For many fans out there this is nail-biting time. The end of the summer is within viewing distance, and that means back to school, or full-time attention to work, or something else getting in the way of enjoying your relaxation time. It also means the end of your chance to spend a ridiculous amount of time worrying about the Cubs and reprogramming your computer to calculate how many one-run ballgames can they lose before your head explodes.

As a public service for those that have lost their calculator, I have taken the time to do the math for you so all you have to do is make sets of five hash marks on your dashboard to know when the Cubs will clinch the NL Central.

Right now, the Cubs are winning at a .583 clip. If they keep doing that for the remaining 42 games, it would mean a record of 24-18 the rest of the way. Easily achievable, and it gets back to what I told you all coming out of the all-star break, win each series and tie the even numbered ones. Simple and so far, they are on track to do just that.

What it also means is that the Brewers need to go 25-14 to tie the Cubs or 100 points over their current rate of winning. The Cardinals would need to increase their win percentage by 135 points to .675 and go 27-13 to tie the Cubs. The Pirates are at .500 right now and would need to do something record setting to catch the Cubs.

A pretty daunting task for the teams behind Chicago and none of this takes into consideration games played against the Cubs which count as two games in the standings. It also helps when the Brewers and Cardinals play each other, like this weekend, where you hope they go 2-1 against each other, either way.

So, the magic number for the Cubs against the Brewers is 38. Any combination of Cubs wins and Brewers losses adding up to 38 clinches for the Cubs. Against St. Louis it is 37, and versus the Pirates, it is 32. Baring a train wreck, or four starters blowing out an arm, this pennant race is over. I will predict that the Chicago Cubs clinch the Central Division Crown on September 21st versus the Chicago White Sox.

How sweet would that be?