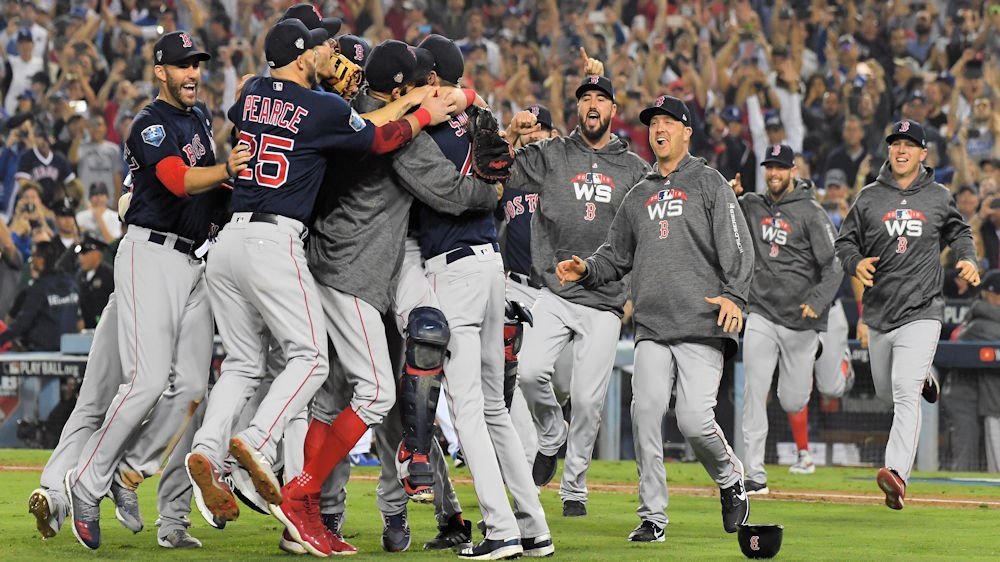 In case you blinked, the 2018 World Series is now history, and there’ll be no more MLB until spring training starts again in a few months.

With a 5-1 win, the Boston Red Sox have now become the World Series champs for the fourth time in fifteen years. Meanwhile, the Los Angeles Dodgers seem to be the apotheosis of “always the bridesmaid, never the bride.”

Now having suffered their second consecutive World Series loss in as many years, the Dodgers’ post-season woes seem to be almost some sort of ritualistic nightmare. Six trips to October in the last six years and the Dodgers have failed miserably every time.

This year they fell to the Red Sox, last year it was the Astros. In 2016 our Cubs knocked them out in the NLCS, and the year prior they got booted by the Mets in the NLDS. The Cardinals took their turns at eliminating the Dodgers in both the 2013 and 2014 NLDS.

In addition to the post-season trips listed above, since 1988, the Dodgers have had an additional seven post-season appearances, with the only successful trip being the ’88 World Series.

I don’t think you can blame it on management, as the Dodgers have had six different skippers take them into October since 1988, and brand name players don’t seem to matter either. From names like Orel Hershiser to Clayton Kershaw and from Mike Piazza to Justin Turner, they just can’t seem to seal the deal.

Oh well, congratulations to Boston and on we go to the trading season. The clock has started ticking for free-agency, and within a couple of weeks, we’ll all know where the big names will wind up.

For the Cubs, the focus (at least by the fans and insiders) has been predominantly on Bryce Harper, with rumors of Manny Machado still lingering. I don’t see Machado coming, and the price tag for Harper is so insanely high, that I’m not sure the Cubs will take him. The last rumors had Harper placed in the $350M range, and I’m not sure anyone, much less Bryce Harper, can deliver a third of a billion’s worth of baseball. I’ll go out on a limb and say it now- if the Cubs take Harper and fail to win 100 games next season, or if they fail to make it to at least the NLCS, he wasn’t worth the money.

I still stand by my thoughts regarding Freddy Galvis as the guy to take over at shortstop, and I still think the Cubs will look for ways to bypass buying another starting pitcher unless they can off-load Tyler Chatwood and Yu Darvish. I don’t see them trading Darvish, as they are upside-down in his contract, but I also fail to see him returning to the rotation for an extended period of time.

Darvish avoided surgery on his arm this year, but pre-fractures and nerve impingements don’t just go away. That arm is stressed, and the injury is likely to plague Darvish for years to come, which is why I thought using him out of the bullpen may be the smartest way to preserve him.

With just a couple of days left in October, the Cubs have remained quiet in the trade wars, but I have a feeling that all hell is going to break loose by the end of next week.