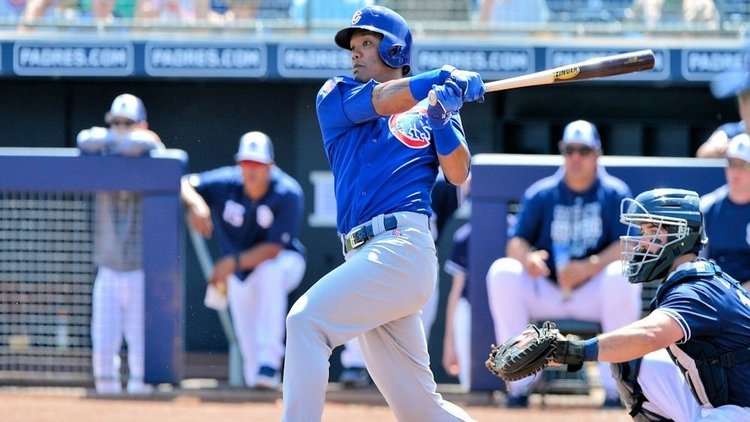 The Cubs provided fans with an exciting night on the farm managing to go 3-2 on the night. It wasn’t the record that stood out but instead some performances and returns from a select group of players that may be helping the big-league team come September.

IOWA CUBS 4 – Las Vegas Aviators 3: The Cubs overcame a slow start on Friday to score a pair of eighth inning runs which proved to be the difference in their 4-3 win. The win puts the Cubs back at 62-54 as they continue to control their division. In his first start since his injury, Adbert Alzolay showed a little bit of rust lasting 2 2/3 allowing 2ER without the benefit of a hit as his command did him in with 4BB and 5K.

All three of the Aviators runs came in the top of the third as Alzolay labored in that inning and failed to make it out. With a pair of runners on base, the Cubs turned to Craig Brooks hoping he could keep Vegas off the board. Unfortunately, Seth Brown was able to go deep for his 31st homer of the season putting the Cubs in an early 3-0 hole. Fortunately for them, the bullpen was able to keep Las Vegas off the board the rest of the way giving the offense a chance.

An Addison Russell single in the fourth got the Cubs on the board before Donnie Dewees cut the deficit to 3-2 with a single of his own in the fifth. It was in the eighth inning when the Cubs were able to take the lead as Mark Zagunis evened things up with a sacrifice fly. A few batters later it was Russell coming through with an RBI double as that proved to be the winning run in the Cubs 4-3 victory.

Addison Russell ropes a go-ahead RBI double in the 8th to give Iowa a come-from-behind, 4-3 victory over Las Vegas! pic.twitter.com/UE5MS8RbEc

Although no home runs, Robel Garcia led the way in terms of hits as he went 3-4 on the night. Both Dewees and Russell added a pair of hits themselves as they contributed for three of the teams four runs. Zagunis added the final RBI to go with one hit while Jim Adduci was 0-4. Danny Hultzen continued his comeback effort with a scoreless 1 1/3 inning while Dillon Maples wrapped up the win.

The I-Cubs complete the comeback! Dillon Maples gets his third win of the year in the outing. pic.twitter.com/ixXCSNcfk1

TENNESSEE SMOKIES 4 – Biloxi Shuckers 7: Despite the Smokies best efforts on Thursday, it was not enough to take down one of the best in AA as the Shuckers sent the Smokies to 49-67 with a 7-4 win. Luis Lugo got the start and battled through four innings to allow 4ER in a ND effort. His ERA is 3.69 for Tennessee.

Biloxi got to Lugo immediately in the first inning as Cooper Hummel took him deep for his 15th of the season giving the Shuckers a 2-0 lead. That score held up until the third inning when Gioskar Amaya got the Smokies on the board with an RBI double. Not long after, Lugo helped himself with an RBI single before the Jhonny Pereda groundout capped off a nice inning with the Smokies leading 3-2 after three.

Not fazed by that last half-inning, the Shuckers got right back to work in the fourth as an Alexander Alvarez single tied the game up 3-3 before the Cameron Roegner sacrifice bunt gave the Shuckers a 4-3 lead. Vimael Machin tied the game up 4-4 with a single in the fifth but it was all Biloxi after that as the sixth inning Joantgel Segovia single provided the winning run with C.J. Hinojosa adding a pair of ninth-inning insurance runs for the 7-4 win.

With just six hits, the Smokies made them count as Amaya led the way with two of those six hits. Roberto Caro, Nico Hoerner, Machin and Connor Myers were responsible for the remaining four. Jake Stinnett was saddled with the loss giving up 1ER in three innings while Oscar De La Cruz gave up a pair in his two innings.

Check out the first triple play for the Smokies since 2009! #SCtop10 @MiLB @espn @SLeagueBaseball @ESPNAssignDesk pic.twitter.com/yCBB4xZnrM

MYRTLE BEACH PELICANS 7 – Winston-Salem Dash 8: In front of a packed house to see Ben Zobrist continue his comeback tour, the Pelicans were unable to recover from an early hole falling to the Dash 8-7 and 45-69 on the season. In his first start with the Pelicans, Brendon Little got rocked as he lasted just 2 2/3 innings allowing a season high 6R (5ER) in the loss.

Down 1-0 in the bottom of the first, Luke Reynolds put the Pelicans on the board with a double scoring a pair as Myrtle Beach was now up 2-1. Kevonte Mitchell put the Pelicans up 3-2 in the second with his 12th homer before the Dash came out swinging in the third.

Anchored by the three-run shot off the bat of Tate Blackmon, the Dash were able to push across four runs in their half of the inning to take control of the game 6-3. A wild pitch from Little brought home the final run that frame for Winston- Salem. It appeared as if the Pelicans were about to take that momentum right back as Ben Zobrist went deep to right-center for his first of the season cutting things to 6-4.

The Dash refused to let off the gas, as they extended their lead to 8-4 in the fourth with a pair of runs giving them their largest advantage of the day. With one swing in the bottom of the fifth, Miguel Amaya made things a whole lot more interesting as his 10th homer of the season cut things to 8-7 with four innings to go. Unfortunately for the Pelicans, that was all they could do offensively as the Dash held on for the 8-7 win.

Reynolds continued to swing a hot bat since returning to Myrtle Beach racking up two more hits in the win. With Zobrist, Amaya and Mitchell each going deep, Grant Fennell provided the sixth and final hit for the Pels. Tyler Peyton and Chad Hockin were able to keep the game close tossing a combined three scoreless frames of relief.

Can confirm Ben Zobrist is an awesome guy. Got onto the field for @Pelicanbaseball, went straight for a sharpie and signed autographs 5 minutes until first pitch. Had a quick stretch and sent a solo shot to right field.

SOUTH BEND CUBS 8 – Lansing Lugnuts 4: All the Cubs needed to improve to 62-52 was one big inning as they pushed across seven runs in the fourth to double up the Lugnuts 8-4. In his return from Eugene, starter Zach Mort delivered a strong inning start in which he yielded just 2ER to earn the win as the offense backed him early.

Fidel Mejia got the Cubs on the board with an RBI groundout in the second for the 1-0 lead but a second inning homer from LJ Talley evened things up 1-1. It was in the fourth inning when the Cubs did their damage as they not only batted around but did so in a big way.

Mejia came through once again with a sacrifice fly giving the Cubs the lead for good 2-1. That was then followed by four RBI singles as Marcus Mastrobuoni, Jake Slaughter, Andy Weber and Nelson Maldonado were able to bust the game wide open 7-1. Cole Roederer capped off the seven-run inning with a sacrifice fly as the Cubs now led 8-1.

Despite not scoring for the remainder of the contest that would be all the offense the Cubs would need as the Lugnuts scored three unanswered runs to end the game losing 8-4. Everyone in the South Bend lineup picked up at least one hit with Mastrobuoni and Maldonado leading the way with three hits. Slaughter joined in on the multi-hit fun with a pair of hits to his credit with the rest of the lineup picking up one hit each.

The #SBCubs extended their wild card lead over Lansing back to 3 games with an 8-4 win last night! The win also forces a rubber game to finish the series tonight.

EUGENE EMERALDS 9 – Boise Hawks 3: Looking for better results in the second half, the Emeralds couldn’t have asked for a better performance dominating the Hawks 9-3 for their first win of the second half. The Emeralds are now 25-27 as they hope to take the division by storm down the stretch. Ryan Jensen got the call to open the second half, and despite battling significant command issues, he allowed just 1ER on 4H in 2 plus innings of work.

Eugene could’ve stopped scoring after the first inning and that would have been enough as they jumped out to a 4-0 through one. Reigning minor league hitter of the month Pedro Martinez got the scoring started with a sharp grounder to center. Caleb Knight brought home a pair with a double before Edmond Americaan capped off the frame with a single of his own and 4-0 Emeralds lead.

Fernando Kelli pushed the lead to 5-0 in the second with his second homer of the season before the Hawks finally got on the board in the bottom half curtesy of the Bladimir Restituyo RBI forceout to cut things to 5-1. Eugene put the game away for good in the third inning when a wild pitch and an error led to two unearned runs. Alexander Guerra mixed in a sacrifice fly during that inning also as the lead grew to 8-1 Emeralds.

Americaan capped off the Emeralds offense by belting his second homer of the season in the seventh to push the lead to 9-1. A pair of Michael Toglia homers in both the seventh and ninth innings provided the Hawks with a little bit of thunder, but it was nowhere near enough to beat Eugene with the Ems winning 9-3.

Americaan was the man of the game at the plate, going 4-5 with a homer and pair RBI’s in the win. Kelli three hits from the leadoff spot with Knight adding a couple of his own to contribute the multi-hit efforts for Eugene. Chase Strumpf added one hit and a walk in the win.

That's 5 wins a row! Back at it tomorrow night to keep things rolling in the Treasure Valley.#GoEms #ItAllStartsHere pic.twitter.com/y0D9o3eP83

Back on June 22, the @EugeneEmeralds became the first pro baseball team to wear custom #Pride jerseys on the field. https://t.co/vMZAjqSY8N pic.twitter.com/aVqPNHunU4