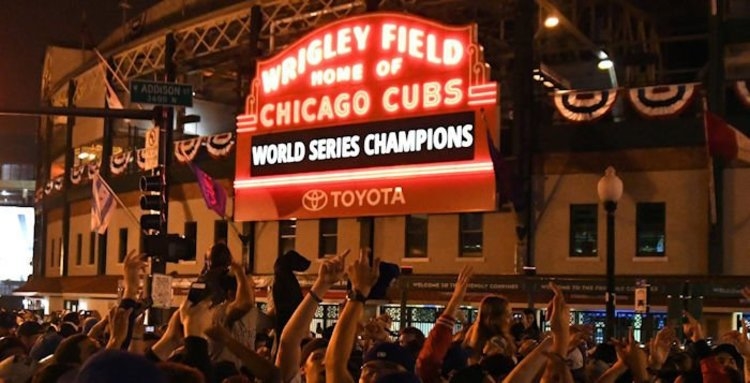 Flowers are blooming, and birds are singing, the snow piles are down to the size of small dump trucks, and spring training is heading into its last week, so that means it is time for fearless predictions for 2019.

It has been 19 years since a team had defended its World Series crown when the New York Yankees won for the third straight season in 2000. Since then no team has been able to do it, a sure sign that rampant mediocrity has taken over baseball to the delight of the powers to be. It won’t happen this year either.

2019 will also be the last year baseball will be played as we all know it. Starting next year, the commissioner is determined to ruin the greatest game ever invented by putting in new rules that will change the game forever and likely turn it into another video game that the younger generation will play with for five minutes before growing bored with it and move onto ruining another sport.

The AL EAST will be the 800-pound gorilla in 2019 with three teams making it to October as the New York Yankees lead the division. This team is loaded, and they seem unstoppable. Boston and Tampa will both earn wild card slots as the East becomes the beast in the AL. The problem for all three is that they will be beating up on each other all year and that means win totals will be reduced.

The AL CENTRAL will have some changes in power teams this year, but the Cleveland Indians will still have enough depth to win the division. They will be challenged by the Twins, who always seem to find a way to be competitive, and the revitalized Chicago White Sox who are going to start to be a team destined to have long term success. Unfortunately for these two teams, the East is too good for them to make it this year.

The AL WEST will be the Houston Astros playground once again but look for a surprising Angels team to start to show some signs of life as a potential challenger to the Astros. Mike Trout will still not get to play in the playoffs, but he is getting closer. The rest of the division is up for grabs and while I’ve picked Oakland to finish third any of the other three could fill in any position for the rest of the standings.

The NL EAST is going to be wild as four teams are relatively evenly matched and only Miami will be out of the chase all year. The Braves seem to be the team on the rise and coming off last year they are my early favorite to win this division, and while the teams are evenly matched it also means that there will be no wild card coming from here. Look for Phillies and Mets to chase Atlanta all year but fall just short.

The NL WEST is a two-team race, and it will come down to the last week to see who wins this one as the LA Dodgers will once again repeat as champs, but just barely, over Colorado. It may go down to the second to last day here with the Rockies earning a wild-card slot.

The NL CENTRAL will be dominated by your Chicago Cubs. I believe they are on a mission to prove to everyone how outstanding they are, and they will look like the 2016 pennant-winning team once again, only better. The Cardinals will earn the second wild-card slot, but they will not even be close to the Cubs. Surprising Cincinnati will give everyone fits all year as they begin their comeback.

The playoffs will pretty much follow the script with a couple of upsets.

Start planning the parade Chicago; the beloved are going to be the 2019 World Series champions in an epic battle versus the Yankees. The Cubs will win it 4-3 as future 2019 Cy Young winner, Kyle Hendricks wins the game by going seven innings, and Brandon Morrow gets the save and final out to seal the deal.

You read it here first.