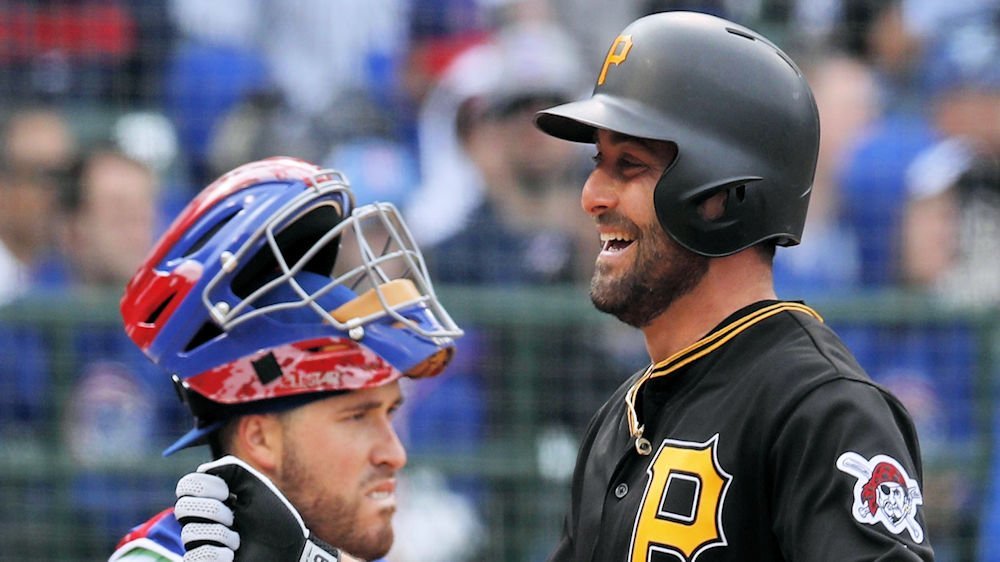 As of right now, the Cubs catching situation appears to be set with Willson Contreras and Victor Caratini holding down the fort. However, recent trade talks have been circling within the organization, and some feel that either Contreras or Caratini could be dealt this offseason in hopes of making the club better in the long run.

With it unclear as to whom, if either were dealt, the one who would remain with the Cubs would be the definite starter for this team moving forward as the team would then shift their focus to finding a backup.

Minor league options Taylor Davis, Jhonny Pereda, and Miguel Amaya, are all going to be considered, but outside of Davis, no catcher in the Cubs system has major league experience, and all appear to be multiple years away from tasting the bigs.

This leads me to believe the Cubs will scour the free agent market in hopes of finding not only a backup but a seasoned veteran who will bring professionalism to the clubhouse. Here are some catchers the Cubs may pursue should one of their two men be on the way out.

FRANCISCO CERVELLI: How great would it be to have this man on the north side as the Cubs back up catcher. Ever since signing with the Pirates, Cervelli has been a thorn in the Cubs side as they have had a hard time getting him out. He has proven to especially be tough at Wrigley Field, where he has a .333-career batting average against Chicago.

If any catcher will be looking for a starting job, Cervelli may be the most likely to land that gig somewhere. However, given he is now approaching 35 years in age, would any team take the risk of signing him to a starting role behind the plate. That is the main reason why I see the Cubs as a perfect fit for him if he elects to accept a backup role.

Not only does he hit well in their ballpark, but he knows the division well, and that would come in handy on the days he is not on the field. Not to mention, he has come up big in several key spots, and the Cubs could use him as a pinch hitter depending on how much bench depth they put in play this season. Once a hated man from the fans could become a crowd favorite in just a few months.

JONATHAN LUCROY: At 34 years old, Lucroy wouldn’t demand a long-term deal, and his price tag would come cheap. Known as a doubles machine in his time with the Brewers, Lucroy dealt with some nagging injuries the past few seasons, which saw him get released by the Angels this year before the Cubs picked him up in August.

Despite not playing a whole lot, Lucroy showed that he still had some life left in that bat while also catching great games behind the plate. At this stage in his career, Lucroy knows he wouldn’t be a starter, but his veteran leadership and presence would not only help the Cubs catchers in the system but would be a welcoming sight to a clubhouse set to endure major shakeups this winter.

ALEX AVILA: Another former rental for the Cubs, Avila, was part of this team in 2017, where he performed very well during the pennant chase. That allowed him to sign a multiyear deal with the Diamondbacks before injuries pushed him out of the picture. At 33 years of age, Avila will most likely be seeking a two-year deal once again, but knowns, he wouldn’t be a starter on a contending team.

That leads me to believe he will take less money to go to a winning club. Much like Lucroy, Avila performed well in his two months with the Cubs showing a great eye at the plate and some power left in his bat. He may not be as good of a framer and game caller as Lucroy is, but he is still better than what the Cubs have had behind the plate for a long time. Avila always hinted that the Cubs were a team he always wanted to play for. Let’s see if a reunion is on the horizon.

ROBINSON CHIRINOS: One of the oldest free agents on the market this season is Chirinos, who will be 37 years old this season. After splitting time with Martin Maldonado in Houston as the Astros catcher down the stretch, Chirinos will now hit the market looking for one last payday before hanging it up. Chicago was pursuing him previous offseason before he elected to sign with Houston, so I expect the interest to be there once again.

Never known as an everyday player, Chirinos has demonstrated growth in his plate appearances in recent years, which has allowed him to see more playing time than in seasons past. Even though he would be considered the backup catcher on the depth chart, I wouldn’t be shocked to see him start two or three days a week if Caratini was here or two days a week with Contreras. His bat allows the Cubs another option to move people around to put the best lineups forward.

NOBODY: The final option for the Cubs catching situation would be to sign no one. What that means is that Chicago decides they are best to hold onto both Caratini and Contreras for one more season, hoping David Ross can fix their issues.

For Contreras, it is no secret that his framing ability doesn’t cut it on this level. With a staff that doesn’t throw hard and needs to work the corners, you must frame, or things could get ugly. His bat is the reason why the Cubs are going to think long and hard about getting rid of him as we have seen him carry this team offensively before.

For Caratini, overall consistency is what has hurt his development. If Contreras is here, Caratini will never get the playing time he deserves because he doesn’t have the power that Contreras provides. However, once he was the starter down the stretch last season when injuries sidelined Willson, Caratini proved he is more than capable of handling the everyday duties, belting a career-high in both homers and RBI’s while hitting around .270 for the season.

Being a switch hitter is also in his favor as he can be inserted in the lineup to give Anthony Rizzo days off, and the Cubs would have another matchup problem for either lefties or righties. Just like Contreras, his framing abilities are not where they need to be, but he is way more effective than Willson in that department. Not to mention, both Yu Darvish and Kyle Hendricks elected to use him more down the stretch, and you can see why the Cubs may want to hold on to him long term.