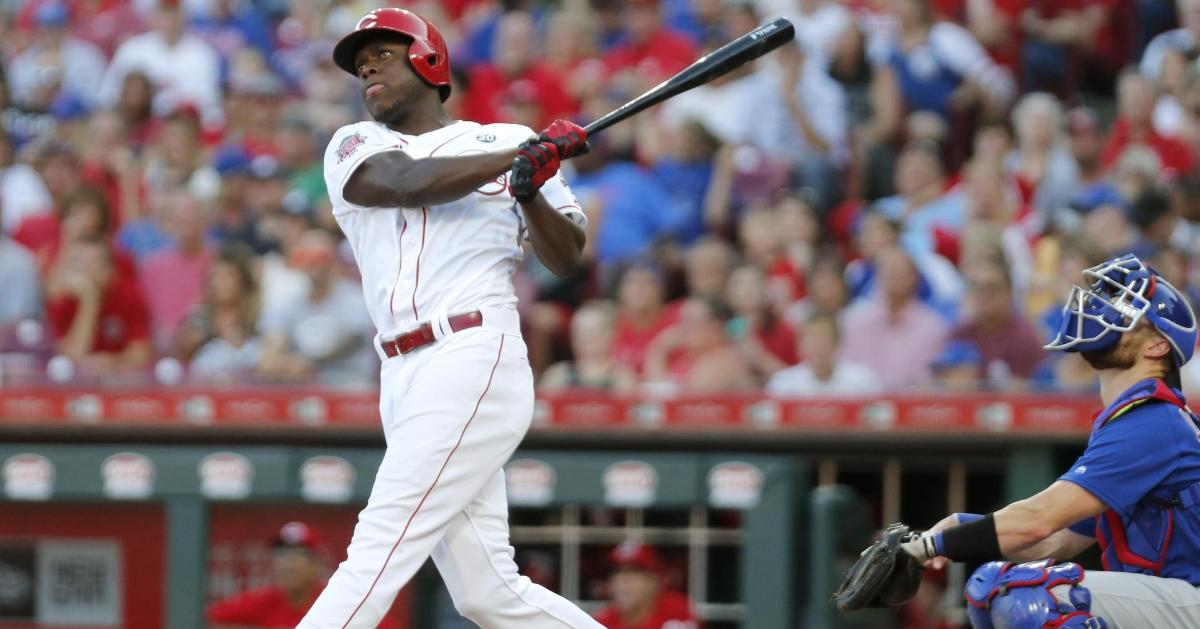 CINCINNATI — Bringing new meaning to the road woes experienced by the Chicago Cubs (63-54) this season, Saturday night's contest at Great American Ball Park between the Cubs and the Cincinnati Reds (56-59) was a beatdown of epic proportions. The Reds took a 10-0 lead into the ninth inning and ultimately won 10-1 after clubbing six home runs, three of which were hit by the same player. Getting outhit 18-7 by the Reds, the Cubs were embarrassed in every facet of the game.

When the Reds recently traded star right fielder Yasiel Puig, their batting order was expected to take a serious hit. However, rookie right fielder Aristides Aquino has filled Puig's shoes quite nicely and already established himself as a Cub killer. Becoming just the second player in MLB history to experience a 3-homer outing within the first 10 games of his career, Aquino, who was playing in his 10th career big-league contest, hammered a trio of dingers in the 10-1 beatdown to give him seven round-trippers on the season and five round-trippers through three installments of the 4-game set. Aquino went 3-for-4 at the dish and led the charge for the Reds with his three solo blasts.

On the flip side, Cubs starting pitcher Kyle Hendricks experienced his shortest start of the season, as he gave up a whopping seven runs and 12 hits in just 2 2/3 innings of work. The Reds took a 1-0 lead off Hendricks in the bottom of the first and went up 3-0 via back-to-back jacks from Aquino and Nick Senzel in the bottom of the second. In the bottom of the third, Hendricks imploded after recording two outs. The Reds proceeded to collect six 2-out hits in a row, including Aquino's second long ball, and made the score 7-0.

Aristides Aquino belts his fifth homer in his first ten games as a Red, a new franchise record ??#BornToBaseball pic.twitter.com/F484QTCQb9

At that point, Hendricks was replaced on the mound by Cubs reliever Dillon Maples, who was called up from the minors earlier in the day. Maples was taken deep twice in the fourth frame, with a leadoff jack from Eugenio Suarez being closely followed by a gargantuan 452-footer off the bat of Aquino. For good measure, Kyle Farmer went yard off Cubs reliever Alec Mills to start off the bottom the sixth, thus providing the Reds with a double-digit run total.

On top of hitting a 2-run single in the bottom of the third, Sonny Gray started on the bump for the Reds and pitched six scoreless innings, in which he struck out seven. During the top of the fifth, a 1-out single by Cubs left fielder Kyle Schwarber broke up a no-hitter. As fate would have it, Schwarber went on to break up a shutout by swatting a 406-foot solo tater in the top of the ninth. The Cubs finished with seven hits, with Schwarber and Cubs second baseman Tony Kemp tallying two hits apiece, and went 1-for-11 with runners in scoring position. With the 10-1 defeat in the books, the Cubs must win on Sunday in order to earn a series split.