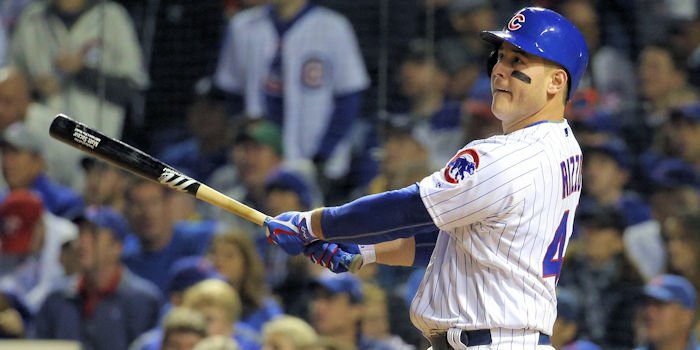 CHICAGO -- The Chicago Cubs desperately wanted to square up the series at 2-2, but it was not meant to be as the Cleveland Indians took a dominating 3-1 series lead in the World Series as the Cubs lost 7-2. The Indians now have as many World Series wins at Wrigley Field as the Cubs with their 2-13 overall record.

Cubs slugger Anthony Rizzo had a RBI single to score Dexter Fowler in the first inning to put the Cubs up 1-0. Fowler is the first Cubs player to score a run at Wrigley Field in the World Series since Peanut Lowrey in 1945. The Cubs outfielder is also the first player in history with three leadoff doubles in one postseason according to ESPN Stats.

The lead for the Cubs would not last long as Carlos Santana hit a solo homer in the second inning to tie the game at 1-1. It was the first home run in a World Series at Wrigley Field since Hank Greenberg in Game 6 in 1945 and Lackey's first homer given up ever in the World Series. Lackey is also the sixth major league pitcher to pitch in the World Series for three different teams.

Kris Bryant had two errors in the inning to give up another run to the Indians as they went up 2-1.

Lackey gave up a double and a single to start the third inning to put the Indians up 3-1. He finished up going five inning scattering four hits, three runs, and five strikeouts.

The Indians got a sac fly by Chisenhall to make it 4-1 in the sixth inning. Corey Kluber had another impressive start against the Cubs going six innings giving up only five hits, a walk, one run, and six strikeouts.

Jason Kipnis grew up a Cubs fan, and his three-run homer put the dagger in his childhood team as the Indians went up 7-1 in the 7th inning. The other two major league hitters that have hit three-run homers in a World Series game against the Cubs at Wrigley Field are Jimmy Foxx in 1929 and Babe Ruth in 1932.

Dexter Fowler hit a solo homer in the bottom of the eighth inning to cut the score to 7-2 Indians. It was the first home run off of Andrew Miller since September 7th and ended a streak of 24.1 innings of shutout work. Fowler became the first African-American to hit a homer for the Cubs in a World Series.

Veteran Jon Lester will try to help the Cubs rebound as he takes the mound at Wrigley Field on Sunday night at 7 pm CT. If the Cubs win on Sunday, they will have Arrieta and Hendricks set to start the next two games as needed.