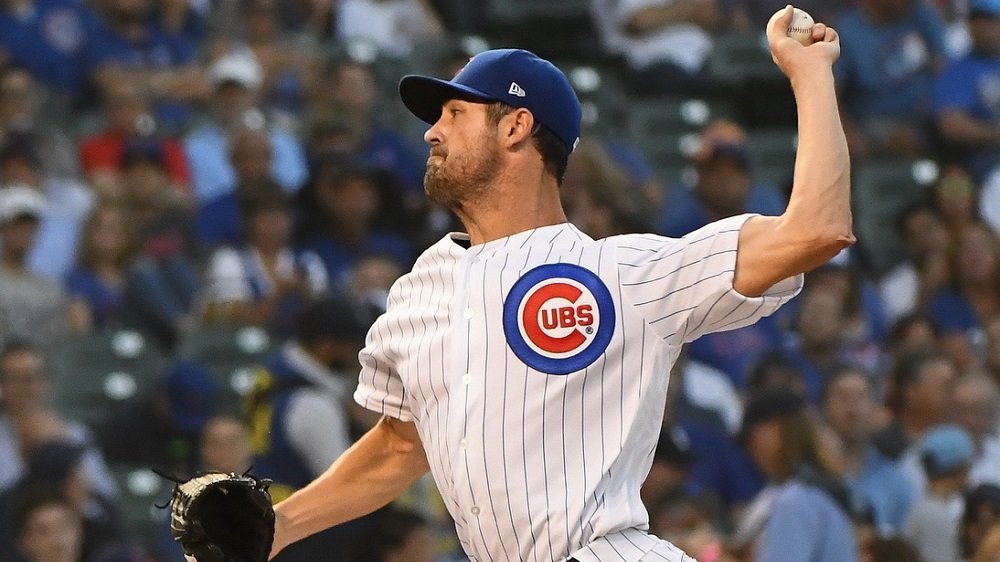 CHICAGO — Continuing their offensive upswing, the Chicago Cubs (73-53) pounded out 12 hits in a one-sided victory over the Cincinnati Reds (56-72). A couple of monstrous homers by Javier Baez and Anthony Rizzo contributed to the Cubs' win, as did a stellar outing from starting pitcher Cole Hamels. Pitching his first complete game as a Cub, Hamels continued his dominance since being acquired near the trade deadline, leading the Cubs to a 7-1 triumph at Wrigley Field.

The Reds struck first, with Phillip Ervin driving in an opening-inning run on an infield single. The top of the first proved to be the lone sore spot for Hamels in his incredible start, with the lefty giving up three hits in the frame.

The Cubs took control of the ballgame in the bottom half of the first, as Rizzo went yard for his 21st dinger of the season. A 434-foot lined shot over the wall in right-center, the blast scored Baez, who reached base on an error in the previous at-bat. Rizzo has now homered in three straight games.

Anthony Rizzo takes the lead back with a 1st inning 2-run bomb on #AuthenticFan Night!

Later, in the third, Baez went yard for the second game in a row. Powering out a moonshot that left the bat at 110 miles per hour and traveled 481 feet, the solo jack put the Cubs up 3-1. The round-tripper, which served as Baez's 27th of the season, marked the longest by a Cub this season and the second-longest in all of baseball.

Rizzo and Baez teamed up again to provide the Cubs with a three-run edge in the bottom of the fifth. After hitting a one-out double to deep right-center and stealing third base, Baez was scored on a sacrifice fly by Rizzo. Baez went 3-5 with three runs scored in a marvelous offensive performance, and Rizzo was not too shabby himself, going 2-2 with three RBI, two runs scored and one walk.

Making his second appearance for the Cubs, leadoff man Daniel Murphy went 2-5 and scored a run in the seventh on a base knock by Ben Zobrist. With two outs in the same inning, Victor Caratini drove home two runs with a single to center that made the score 7-1. Hamels went on to secure the 17th complete game of his career. Giving up eight hits and striking out seven in 114 pitches, Hamels dominated en route to improving to 4-0 with Chicago.

Racking up five runs off Reds starter Anthony DeSclafani in six innings, the Cubs dropped DeSclafani to 6-4 on the year. After suffering through five lackluster offensive showings in the first five contests of their recent six-game road trip, the Cubs have come around at the dish over the course of their past two games, scoring a combined 15 runs in two winning performances.