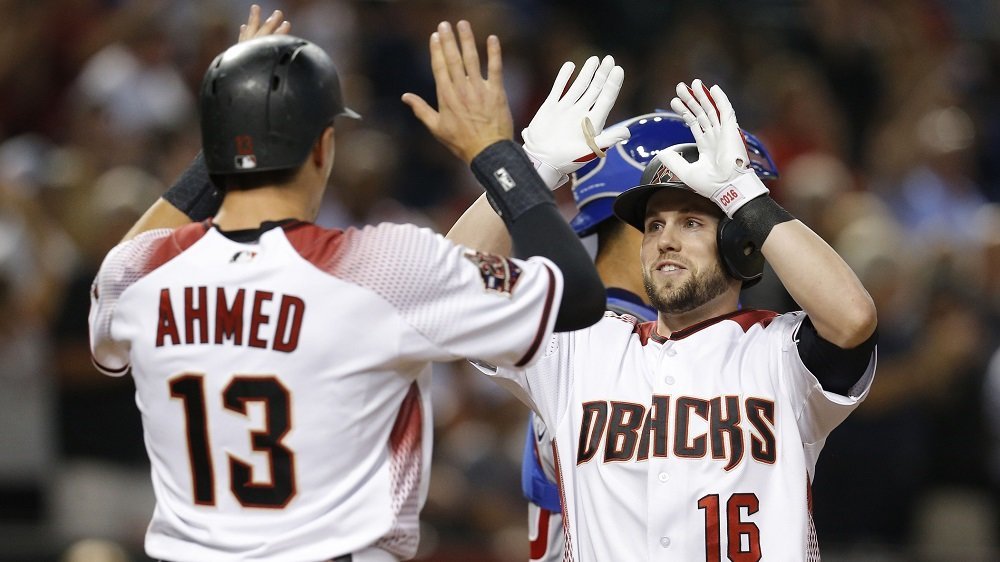 PHOENIX — Experiencing his first dreadful start since being acquired by the Chicago Cubs nearly two months ago, pitcher Cole Hamels fell to 4-1 in a Cubs uniform as a result of a losing effort against the Arizona Diamondbacks on Wednesday. Giving up seven runs on nine hits in six innings pitched, Hamels was shellacked, and, making matters worse for the left-hander, he received no run support.

Getting shut out 9-0 to close out a three-game affair at Chase Field, the Cubs accrued just one hit in arguably their worst all-around performance of the season. In a contest that lasted less than two and a half hours, the D-backs took control with a four-run opening inning, and the Cubs never threatened to catch up.

Arizona hit three home runs and two triples on the night. Christian Walker hit the first dinger with a three-run shot in the bottom of the first. An RBI single by Chris Owings then put the Diamondbacks up 4-0. In the sixth inning, the D-backs pushed three more runs across to take a seven-run lead. Nick Ahmed garnered an RBI single to make it 5-0 and reached second base on the play because of a fielding error by Cubs left fielder Kris Bryant. Ahmed was scored soon afterward on a two-run shot by Owings.

Starting on the mound for the Diamondbacks was Robbie Ray, who picked up the win for a solid six-inning stint, in which he struck out eight. Ray's lone hit allowed came in the form of a harmless single by Addison Russell in the third. Ray moved to 6-2 by way of the winning decision. The Cubs, who tallied four walks at the plate, failed to advance a single runner into scoring position over the course of their lopsided defeat.

Providing an exclamation point for the dominant victory, Arizona catcher Jeff Mathis hammered a two-run homer in the eighth off Cubs reliever Allen Webster, who was called up from the minors earlier in the day. Owings was scored on the round-tripper. He went 3-4 with three RBI and two runs scored in a productive performance.

With the 9-0 loss to the Diamondbacks, who now stand at 79-74, the Cubs dropped to 89-63. The beatdown brought to a close a month-long stretch for the Cubs that featured no true off days, as the Cubs are not scheduled to play on Thursday. Chicago took two out three from Arizona in the final series of the season between the two clubs. The Cubs won the seven-game season series by a tally of 4-3.