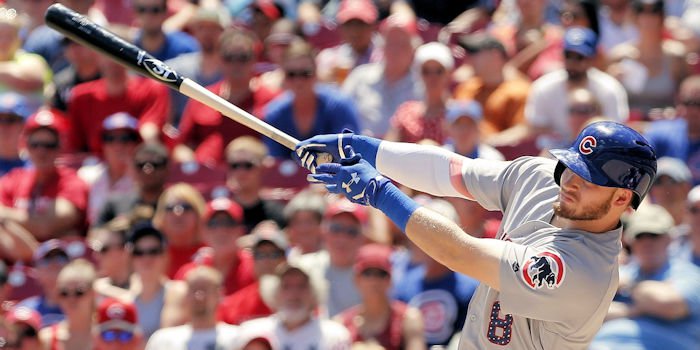 CINCINNATI -- The Chicago Cubs have seemed to be in a funk for most of the season, but rookie Ian Happ and starter Jake Arrieta showed up huge in the 6-2 win on Sunday afternoon at Great American Ballpark in Cincinnati. The Cubs are now .500 on the season at 41-41 and just finished up a tough stretch where they played 17 road games out of 20.

The Cubs started off with a powerful statement with an Ian Happ two-run, 412-foot blast to center field to score catcher Willson Contreras to put the Cubs up 2-0. The homer was Happ's 11th of his rookie season, and it had an exit velocity of 103 MPH off the bat of the first-year major leaguer.

Happ is the third Cubs player in the last 100 seasons with at least 11 home runs through 45 career games according to ESPN Stats and Info.

In the fourth inning, Happ continues his offensive showcase with a solo homer to right-center field to add to the Cubs lead at 3-0. The homer traveled an estimated 409 feet and had an exit velocity of 110 MPH. According to ESPN Stats and Info, Happ is the fourth Cubs player along with Kyle Schwarber, Jorge Soler, and Mandy Brooks in the last 100 years with two multi-homer games in their first fifty career games.

Happ wasn't finished showing off in front of his hometown crowd (played at Cincy in college) as he had a RBI single to score Ben Zobrist in the sixth inning to add an insurance run at 4-0. 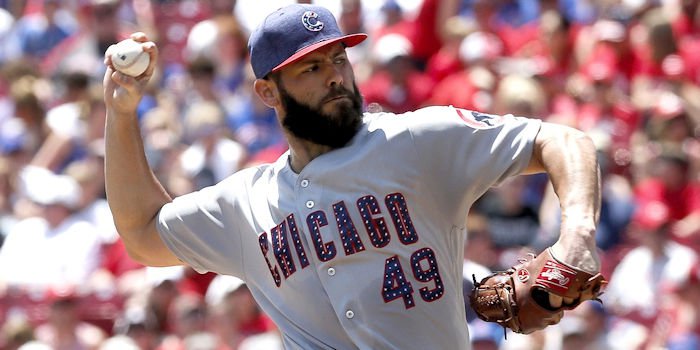 The power surger was not over yet as slugger Anthony Rizzo hit a solo homer to right field in the 7th inning to put the Cubs up 5-0 . It was his 19th homer of the season and it traveled an estimated 390 feet with an exit velocity of 111 MPH.

Anthony Rizzo clubs a solo home run to right field in the top of the 7th, extending the Cubs lead to 5-0!!! #ThatsCub pic.twitter.com/KbNqyHhw2k

On the pitching side of things, Cubs starter Jake Arrieta had his best start of 2017 going seven strong innings on 100 pitches giving up only one hit, two walks, six strikeouts while lowering his season ERA to 4.33 in the win.

In the eighth inning, Javier Baez added a RBI double to score Addison Russell to add an insurance run at 6-0. However, at the bottom of the eighth inning, things got very interested as the Reds loaded the bases with slugger Joey Votto. The perennial All-Star performer had a two-run single to put the Reds on the scoreboard at 6-2. The Cubs brought in star reliever Carl Edwards Jr. to end the threat with a strikeout of Devin Mesoraco.