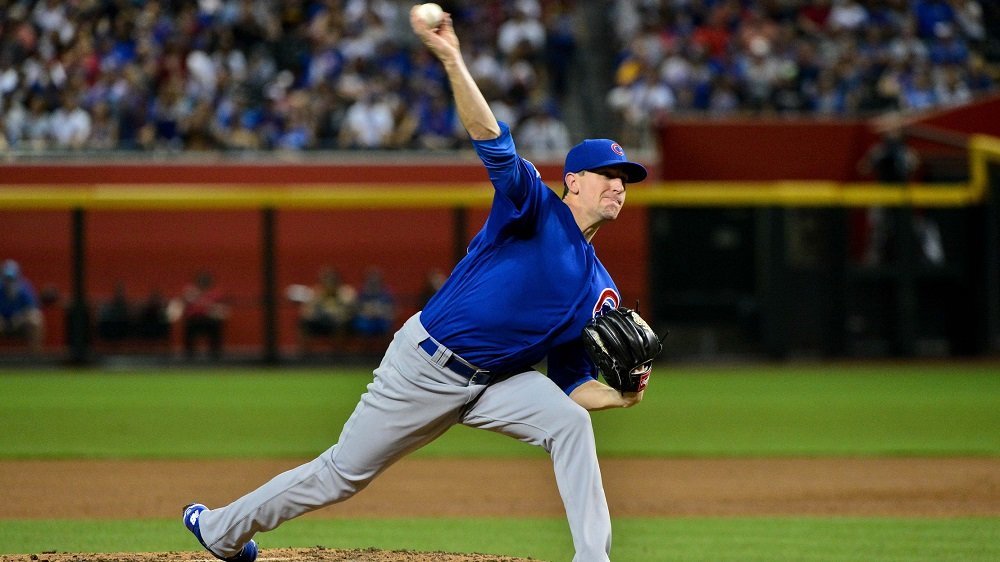 PHOENIX — Coming within one out of a complete game, Chicago Cubs starting pitcher Kyle Hendricks was absolutely dominant in his 8.2-inning stint on the mound at Chase Field on Monday. With the Cubs opening up a three-game set with the Arizona Diamondbacks, Hendricks produced arguably his best performance of the season, as he struck out eight batters and gave up just one run on three hits and one walk en route to earning the win and improving to 12-11.

Winning the contest by a final score of 5-1, the Cubs scored four of their runs on a pair of two-run blasts. After struggling to get going at the dish in the first five innings, the Cubs came alive in the sixth. Following back-to-back singles to start the inning, Cubs first baseman Anthony Rizzo plated the first run of the ballgame on a fielder's choice groundout that ushered center fielder Albert Almora Jr. home.

Rizzo was initially called out on the grounder, but a Cubs challenge resulted in the call being overturned, which set the stage for Cubs MVP candidate Javier Baez to jack his 32nd home run of the season. A 420-foot no-doubter off D-backs starter Patrick Corbin, the blast from Javy, who knew the ball was gone as soon as it left the bat, provided the Cubs with a three-run edge.

Later, in the top of the eighth, Cubs slugger Kris Bryant joined in on the homer-hitting action with a two-run round-tripper of his own. Going yard for the first time since July 21, Bryant, who went 2-3 at the plate, cranked a home run out to right-center to provide Almora with his second run of the night. Almora set himself up to score with a leadoff single. He went 2-5 with a bat in his hands in the series opener.

Hendricks threw 109 pitches before being pulled with two outs in the ninth, leaving him just short of a complete game. The Diamondbacks scored their lone run of the evening on an A.J. Pollock home run to lead off the bottom of the ninth. Paul Goldschmidt tallied a two-out base knock off Hendricks that resulted in the righty exiting the game.

There will be no shutout tonight. pic.twitter.com/jbNtfCloHj

Soon afterward, Cubs catcher Willson Contreras took matters into his own hands with regard to concluding the contest, as the backstop threw out a runner who was attempting to steal second base to wrap up the 5-1 triumph recorded by the Cubs (88-62) against the Diamondbacks (78-73). Corbin, who gave up three runs, was handed the loss for his six-inning outing and dropped to 11-6 on the year.