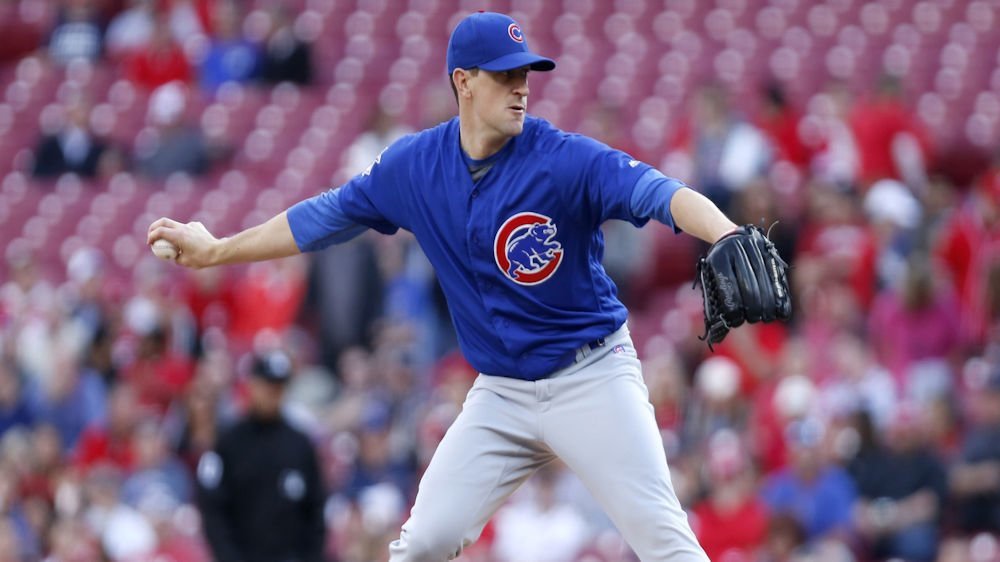 Chicago Cubs hurler Kyle Hendricks showed out on the mound and at the plate. (Credit: David Kohl-USA TODAY Sports)

CINCINNATI, Ohio — Technically, there is no such thing as a winning hitter, but, in addition to being named the winning pitcher in the series opener between the Chicago Cubs (25-14) and the Cincinnati Reds (18-24), Kyle Hendricks was just that at the Great American Ball Park on Tuesday. On top of pitching eight flawless innings of 3-hit ball, Hendricks collected the winning hit with a 2-run double in the second inning. After going up 2-0 early on, the Cubs cruised to a 3-1 victory in the first installment of the 3-game set.

Hendricks gave up just one run and one walk while striking out seven in his commanding start. Due to Hendricks' dominance, the contest flew by, lasting a little over 2 1/2 hours. Perhaps more impressively than his superb pitching display, though, was the hitting showcase put on by "The Professor." For the first time in his career, Hendricks recorded a 3-hit game, and his 2-run double to the wall in center field marked his first extra-base hit in just under a year.

The Cubs utilized a 2-out rally in the top of the second to take a 2-run lead. Second baseman Daniel Descalso laid down a surprise bunt to reach base, which was followed by a base knock from center fielder Albert Almora Jr. Hendricks then came through with the aforementioned 2-bagger off Reds starter Tanner Roark that ushered both men on base in to score. Hendricks went on to notch two singles and went 3-for-4 overall, becoming the first Cubs pitcher to register three hits in a game since Carlos Zambrano did so in 2011.

A solo home run by veteran Reds slugger Joey Votto was the lone blemish suffered by Hendricks on the mound, with Votto going yard on a 425-foot blast in the bottom of the fourth to make the score 2-1. The Cubs were quick to regain the 2-run advantage, as Kris Bryant, who started at first base with Anthony Rizzo out due to back soreness for the second straight game, was plated on a sacrifice fly by catcher Willson Contreras in the top of the fifth. Bryant showed out with a bat in his hands on the evening, going 3-for-5 and leading off the fifth with a double to left.

Clutch Cubs defense prevented the Reds from increasing their run total in the bottom of the fifth. Reds second baseman Derek Dietrich drilled a well-hit ball to deep left-center that Almora was able to snag via a spectacular leaping catch in front of the wall. After that, Cincinnati tabbed consecutive 2-out singles, but an excellent diving stop and throw to first by Descalso resulted in the third out and ended the scoring threat. Later on, Hendricks had his phenomenal night come to an end after issuing a leadoff walk in the ninth, but the Chicago bullpen finished off the Reds to secure the 3-1 win.