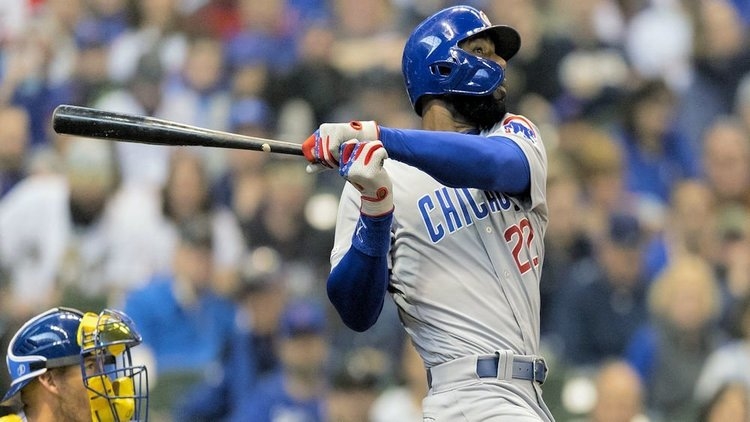 MILWAUKEE, Wis. — Game one of the 3-game set between the Chicago Cubs (2-6) and the Milwaukee Brewers (7-2) at Miller Park featured a combined eight home runs, and game two on Saturday offered more of the same. Seven dingers were slugged out of the park in the second installment of the National League Central battle, including two by a red-hot Jason Heyward of the Cubs. Riding a solid start by ace Cole Hamels and a 3-for-3 outing by Heyward to victory, the Cubs snapped a 6-game losing streak with an 14-8 win.

Despite their recent rough patch, the Cubs have been hitting the cover off the ball, and that continued on Saturday. The North Siders pounded out 12 hits, four of which were of the home-run variety. After Lorenzo Cain of the Brewers led off the bottom of the first with a solo jack, Heyward responded with a 2-run blast in the next inning. In the top half of the fifth, Cubs catcher Victor Caratini made the score 4-2 in favor of Chicago with a 2-run blast to right. Like Heyward, Caratini went 3-for-3 at the dish.

Cubs sensation Javier Baez also got in on the homer-hitting action with a strange solo bomb in the sixth. Perhaps as a result of an optical illusion, there was some confusion regarding whether or not the ball actually cleared the fence after spraying off Baez's bat. Baez would have scored anyway because he rounded the bases without being thrown out, but the umpires eventually ruled that the hit did indeed leave the park.

Chicago tacked on three runs in the sixth to take a 7-2 advantage, but, true to recent form, bullpen struggles cut into the Cubs' lead. Hamels lasted six innings, in which he gave up six hits and struck out five. Newcomers Kyle Ryan and Allen Webster, who were only just called up from the minors earlier in the day, struggled in the seventh, with Webster giving up a 3-run homer to Ryan Braun. Heyward responded via his second long ball of the evening to lead off the eighth, with the veteran outfielder sparking a 7-run inning for the Cubs that featured an RBI double apiece from Anthony Rizzo and David Bote, respectively.

Heyward was the spark plug that the Cubs needed in the 14-8 triumph. In the process, he became the first Cub to ever tally multiple home runs, walks and steals in the same game. Chicago will aim to pull off a series victory on the road as they wrap up the series in Milwaukee with a rubber match on Sunday, April 6, at 1:10 p.m. CDT.