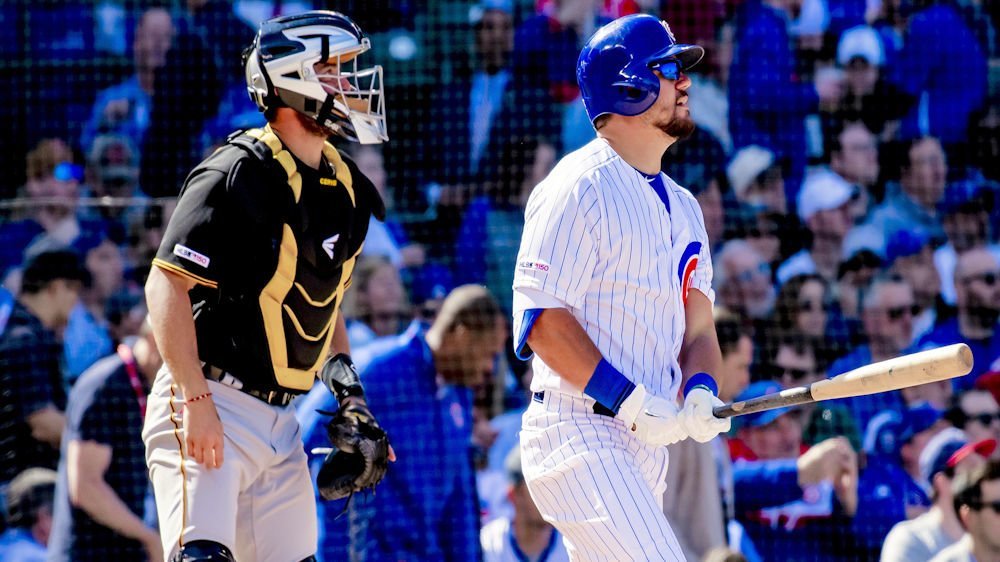 CHICAGO, Ill. — — In the game of baseball, every at-bat matters, and the Chicago Cubs' home opener on Monday against the Pittsburgh Pirates is proof of that. What appeared to be a routine grounder that should have resulted in the third out of the bottom of the second turned into a 6-run barrage by the Cubs that led to a 10-0 blowout in the first game of the 2019 season at Wrigley Field. While the 8-hit output put together by the Cubs over the course of the contest would not usually indicate a 10-run drubbing, the four errors suffered by the Buccos, including three by one player, made a world of difference.

With two down in the second, Pirates hurler Jameson Taillon was dealing and seemed poised to experience a quality start for a Pirates team that entered Monday's matchup with a 4-game winning streak. Instead, Pittsburgh shortstop Kevin Newman's errant throw on a ground ball hit by Daniel Descalso led to Taillon's start ending at the conclusion of the second frame. Descalso reached second as a result of the error, and, after an intentional walk of outfielder Jason Heyward, Cubs pitcher Jon Lester laced an RBI double to left-center that was followed by a 2-run single from leadoff man Ben Zobrist.

Taillon was understandably rattled at that point, and he proceeded to hit Kris Bryant with a pitch. Taillon's bad luck then went from bad to worse when Cubs slugger Anthony Rizzo drilled a hard-hit single that ricocheted off Taillon's upper body and into the outfield. Adding to the audacious nature of the Cubs' miraculous run was a miraculous hit, as infielder Javier Baez followed up Rizzo's unorthodox single with one of his own. While swinging at a pitch in the dirt, Baez unintentionally threw the bat at the baseball and was somehow able to make good enough contact to send the ball over Newman's head and into shallow left-center for an RBI single.

Newman made history after that by becoming one of the few players to ever commit three errors in the same inning, with the woebegone shortstop misplaying a ball hit by Kyle Schwarber so badly that he was charged with two errors on the play. The Cubs tacked on another run via Newman's blunders, bringing the 6-run onslaught that was sparked by the initial error full circle.

Descalso went on to spark another series of runs for the Cubs in the third, but this time a hit started it all. Descalso's leadoff double led to him scoring on a Zobrist groundout and Heyward then scoring on a double driven into the right-field corner by Bryant. In the ensuing inning, Schwarber tabbed his third home run of the year with a 411-foot moonshot to left that brought home Baez to put the Cubs ahead 10-0. From there, the Cubs coasted to victory.

While Lester came through with what proved to be the winning hit, his time on the mound was cut short in the third because of hamstring tightness that was likely caused by multiple slides in the bottom of the second. Chicago was able to ward off the bullpen woes, though, and held a team scoreless for the first time this season. Furthermore, by scoring 10 runs on the afternoon, the Cubs became just the second team since 1908 to reach the 10-run plateau five or more times in their first 10 contests.