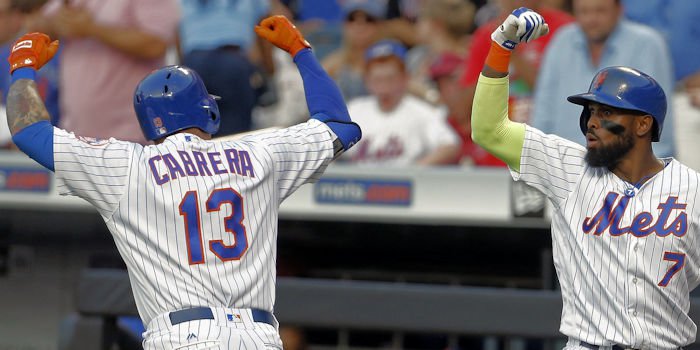 NEW YORK -- The Chicago Cubs are now below .500 for the season again.

Veteran righty John Lackey had a rough outing going five innings giving up six hits, four runs, three home runs, and his season ERA is now increased to a dismal 5.26. The three home runs given up by Lackey puts him at 19 homers given up so far in the season and it is the second most in the National League. Last season, Lackey gave up 23 homers for the entire season.

The Mets got the scoring started in the second inning with a solo homer by Asdrubal Cabrera to right center field. In the following inning, slugger Jay Bruce hit his 17th homer of the season on a line drive to center field.

The slugfest continued as Cabrera hit his second homer of the game with a solo shot to center field in the sixth inning.

Addison Russell helped the Cubs finally get on board with an opposite-field solo homer off of Mets starter Jacob DeGrom. It was his second homer in as many games for Russell.

The Mets ended up scoring two more insurance runs in the eighth inning to add to the score at 6-1. DeGrom finished with a complete game while only giving up the solo shot to Russell.

The Cubs will try to get revenge on Tuesday night against the Mets at 6:10 CDT.