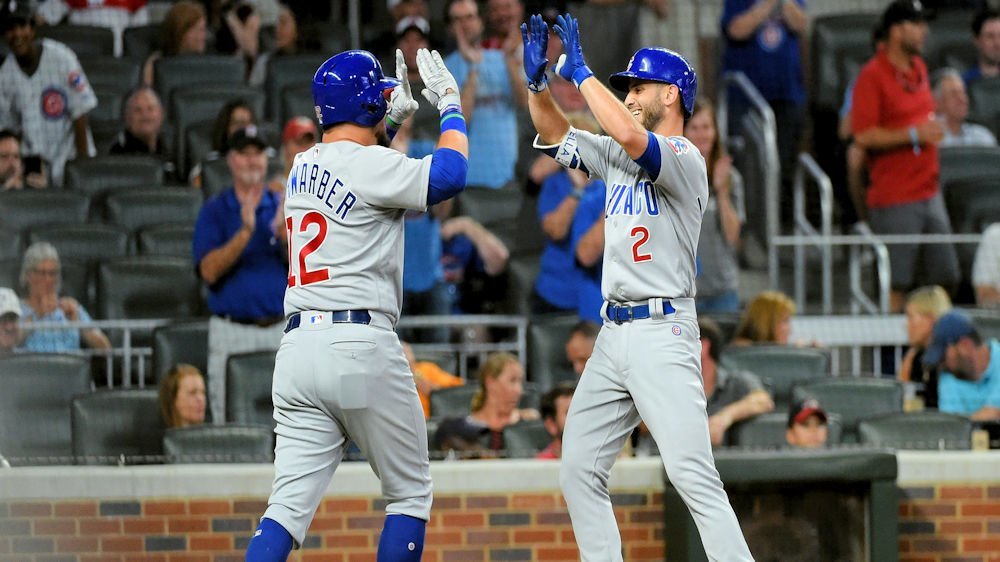 Things took off around MLB tonight, so much so that we have another edition of The Hot Corner for you this evening.

Tommy La Stella’s goodbye statement to Cubs nation: “I’d like to thank the Chicago Cubs for an amazing experience over the last 4 years – a special group of people who taught me about so much more than just the game of baseball and who supported me when they easily could have chosen not to. Thank you to the fans and everyone in the organization, especially to the boys, being around you guys was some of the best times I’ve had playing the game. And lastly, thank you to my new team, the Angels. I’m excited for this new opportunity and can’t wait to get it started.”

Wishing the best of luck to Tommy La Stella! pic.twitter.com/jOQA6VqSre

Len Kasper: “Wanna wish Tommy La Stella the best with the Angels. Sweet, kind human. Always greeted everybody with a smile. And the dude can RAKE.”

Jim Deshaies: “Best of luck to Tommy La Stella. Quality hitter- quality human. Once saw him pull up a slab of sidewalk and spend 40 minutes talking with a homeless guy in KC.”

Ken Rosenthal: “Sources: Mets’ talks with Mariners on Cano-Diaz reaching critical stage. NYM offer includes some but not all of Kelenic, Dunn, McNeil, Bruce, Swarzak. SEA believed to be weighing proposal against others. Also figure to include money to cover additional part of $120M owed Cano.”

To tender or non-tender, that is the question…

Cubs: Chicago is still waiting for news on the seven remaining contracts to be tendered to players due for arbitration: Kris Bryant, Javier Baez, Kyle Hendricks, Kyle Schwarber, Mike Montgomery, Carl Edwards, Jr., and Addison Russell. Tommy La Stella was also due for arbitration but was traded to the Angels earlier today.

Addison Russell: Rumors and speculation surrounding the possibility that Addison Russell could be non-tendered continue to swirl, although the likelihood of that happening seems nil, Bruce Levine of 670 The Score thinks it may happen.

In an article by Levine earlier today, he said in part, “Russell is projected to earn around $4.3 million via arbitration in 2019. The Cubs must decide if that money is best spent on him or elsewhere. On Wednesday, the Cubs acquired infielder Ronald Torreyes from the Yankees, helping their depth up the middle. It's unclear if the Cubs' addition of Torreyes has any direct impact on their thinking with Russell.”

Levine did concede that the Cubs could tender him a contract to buy time for a possible trade later, which is what I have been saying will most likely happen.

Athletics: The A’s have avoided arbitration with catcher Josh Phegley, agreeing to a one-year, $1.075M contract.

Mets: NY has signed former Reds/Mats IF/OF Dilson Herrera to a minor league deal to include an invite to spring training.

Padres: San Diego signs a two-year, 15M dollar deal (max $18M) with free-agent, RHP Garrett Richards, who will not be able to pitch in 2019 due to Tommy John surgery. Per Jeff Passan’s Twitter, “The rationale on Garrett Richards, shared by the Padres and others, is: When healthy, he’s got top-5-in-baseball stuff- and if he comes back and is great in 2020, SD can get a bounty at the deadline if not contending or hold [him and give him a qualifying offer].”

Things are going to get crazy tomorrow with teams trying to trade, tender contracts, or announce non-tenders, but CubsHQ will keep you up to date. Look for The Hot Corner at various times throughout the day as events unfold.