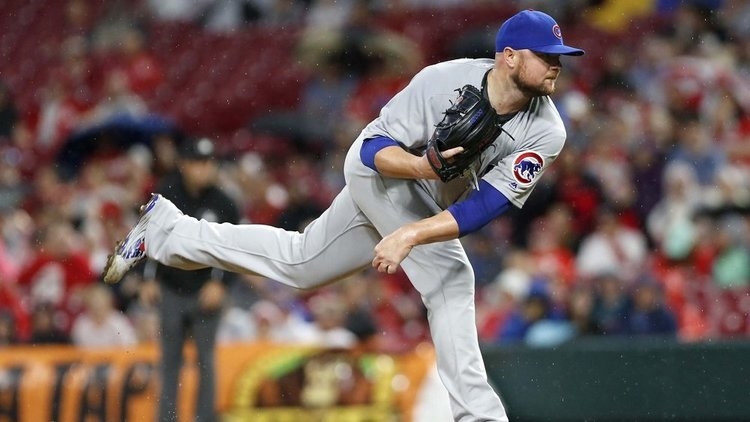 Brad Mills: The Cubs have added former big-league pitcher Brad Mills to their pitching infrastructure, as Kendall Graveman hinted on MLB Network Radio. Mills will absorb some of Tommy Hottovy’s responsibilities and assist the new pitching coach with advance scouting.

Free bobbleheads: The South Bend Cubs are giving away free Jason Heyward and Ian Happ Bobbleheads. All you have to do is “like” the tweet below, then retweet it. Winners will be announced Friday, January 11.

We're giving away an @ihapp_1 and Jason Heyward #bobblehead. ??

Manny Machado: For those of you who can’t get enough about Machado or Harper (I was sick of it six weeks ago), a new rumor of sorts has surfaced. According to a fan at the Bears’ game, Machado was there watching with Sox owner Jerry Reinsdorf.

Corey Kluber: According to Kluber’s agent, the closer we get to spring training, the less likely a trade involving Kluber will be.

Brewers: Insiders are saying that if the Giants trade Madison Bumgarner this winter, that Milwaukee will mostly be the destination.

Mets: NY has hired former third-baseman, David Wright to serve as a special advisor to Jeff Wilpon and GM Brodie Van Wagenen. The Mets have also signed LHP Hector Santiago to a minor league deal, which will include an invite to spring training.

Phillies: Although the Dodgers have become the odds-on favorites, Philly isn’t ready to give up on signing Bryce Harper just yet. The team is planning to fly people to Las Vegas this weekend in an attempt to lure Harper to the City of Brotherly Love.

Pirates: Pittsburgh has hired former Rangers’ manager, Jeff Banister, to serve as their Special Assistant of Baseball Operations. Banister had spent a total of 29 seasons with the Bucs before accepting the job in Texas.

The Sox have also signed former Cubs’ outfielder, Jon Jay, to a one-year, $4M deal. With Jay’s signing, the Machado talk has once again heated up for Sox fans, as Machado, Yonder Alonso (Manny’s brother-in-law) and Jon Jay all work out together in Miami during the off-season.

Yankees: NY has signed OF Billy Burns to a minor league deal with an invite to spring training.