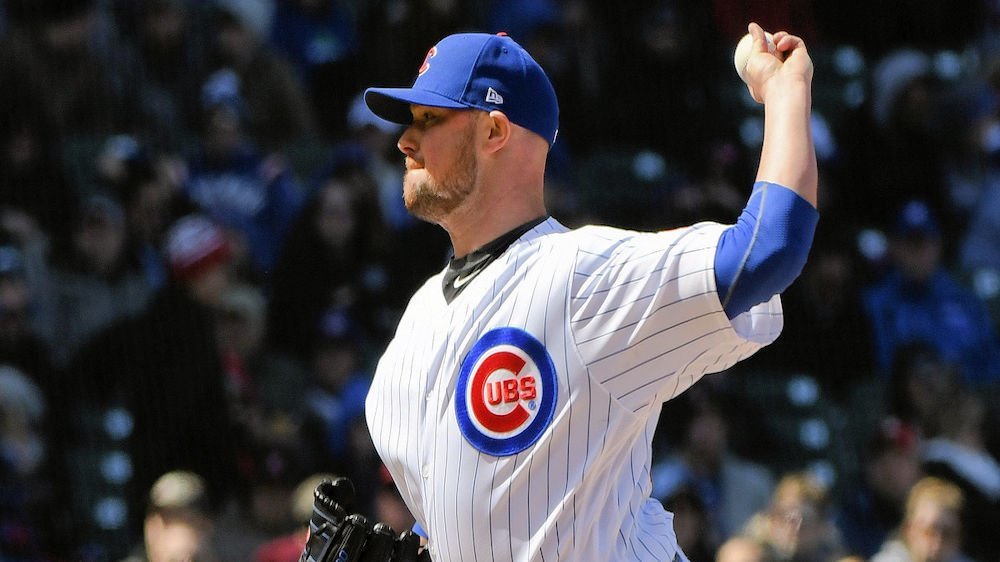 CHICAGO -- The weather finally warmed up on the North Side as did the Cubs bats in an 8-5 win in front of 29,648 Wrigley Field faithful on Thursday.

The Cubs exploded for six combined runs in the first two innings highlighted by RBI singles by Kris Bryant and Kyle Schwarber to put the Cubs up 2-1 and then everyone basically got into the act in the next inning with Albert Almora Jr.'s RBI single, then a Bryant sac fly, and finally Anthony Rizzo and Schwarber had RBI singles to give the Cubs a commanding 6-1 lead.

Cubs veteran starter Jon Lester gave up a run in the first inning with a wild pitch scoring Harrison Bader from third base after he initially walked, stole second base, and reached third on an error. Lester actually had a no-hitter through four innings before giving up a line drive single to Jedd Gyorko. Lester finished up a stellar afternoon going six innings giving up only two hits, one unearned run, a walk, and seven strikeouts on 96 pitches.

In the fifth inning, outfielder Jason Heyward scorched a two-run homer to right center field to score Russell to put the Cubs up a commanding 8-1. It was his second homer of the season and 39.7 percent of his plate appearances have ended with a batted ball with an exit velocity of 95 MPH or higher. This sounds promising as Heyward continues to hopefully find his past stroke.

The Cubs bullpen approved of the crushed dinger with their traditional group dance.

So much for the myth that the Cubs only score on two-out singles. #EverybodyIn pic.twitter.com/Kn7V2l1JO6

The game got very interesting as the Cardinals threatened in the seventh inning when Eddie Butler lost his mind and his command by walking in a run with the bases loaded after a walk and two singles. The redhead wasn't able to get an out during his poor performance. Reliable reliever Steve Cishek came in to replace Butler and hit Kolten Wong with bases loaded to make the game 8-3. After a throwing error by Javy Baez on an attempted double play, the Cardinals were only down 8-5 but that was as close as they got to their rival during the contest.

Carl Edwards Jr. struck out the side in the 8th inning as he has 18 strikeouts in nine innings of work this season. That's a pretty nasty K ratio for the youngster.

Cubs closer Brandon Morrow had a clean ninth inning for the save.