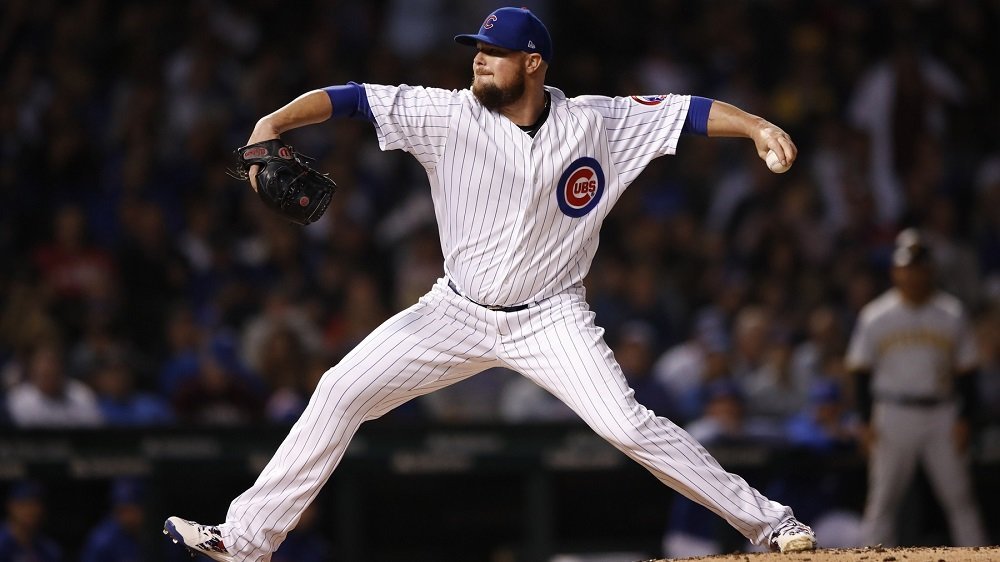 CHICAGO — Getting it done on the mound and at the plate, Chicago Cubs workhorse Jon Lester produced a solid performance to lead the Cubs to a 3-0 victory in their series finale with the Pittsburgh Pirates. Finishing off a four-game set at Wrigley Field, the North Siders shut the Buccos out to earn a series split and move to a game up over the Milwaukee Brewers, who were off on Thursday, in the National League Central standings. The win for the Cubs marked their 18th shutout of the season, which leads the majors.

Entering with a half-game lead in the division, the Cubs held onto first place by blanking the Pirates on Thursday. Lester pitched six scoreless innings, in which he gave up three hits and four walks while striking out four. Pirates starting pitcher Trevor Williams got taken for three runs on eight hits and three walks in five innings pitched.

Williams made a costly mistake in the second inning by giving Cubs third baseman David Bote a pitch to hit on a full count with two outs. Smacking a two-run triple into the left-field corner, Bote provided Chicago with an early 2-0 lead by way of his clutch hitting. Later, in the bottom of the fourth, Lester tallied a hit that nearly put the Cubs up 3-0.

David Bote has been known to get clutch hits. pic.twitter.com/1aNPxAg5Zs

The fourth frame saw the Cubs cost themselves via a couple of base-running mistakes. First, Ian Happ drew a leadoff walk and then got thrown out attempting to steal second. Willson Contreras followed that up with a double, and, after that, Lester smacked a single to left. Cubs third-base coach Brian Butterfield opted to send Contreras home on the routine single, and the Cubs' starting backstop was thrown out by a country mile.

Nevertheless, the Cubs plated their third run of the game in the fourth. Bote drew a two-out walk, and Daniel Murphy hit an ensuing single to center that scored the lumbering Lester from second with two outs. The Pirates were never able to muster any substantial offensive production, as they consistently faltered with men on base. Leaving 20 runners stranded on the night, the Swashbucklers did not put up much of a fight in their final matchup of the season against the Cubbies.

Improving to 93-66 with the 3-0 shutout victory, the Cubs saw their magic number for clinching the National League Central decrease to three games. Lester picked up the win in what was very likely his final start of the regular season, making him 18-6 overall with a 3.32 ERA. Williams, on the other hand, dropped to 14-10 with the loss for the Pirates, who now stand at 80-78. Cubs reliever Jesse Chavez finished off the game in the ninth and accrued his fourth save.