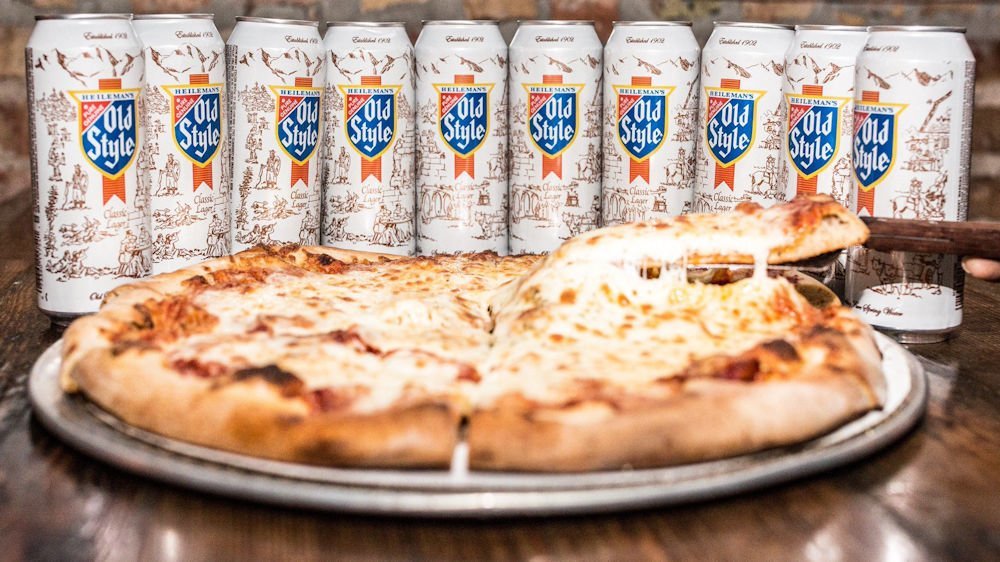 Because our editor is sadistic, he decided it would be fun to list our favorite hot dogs, beefs, beer, and pizza in the Chicago area, so we could share with you our preferences. The fact that none of us lives there anymore and all this is doing is making us want to get on a plane and stuff carbs for three days is a sick thing to make someone do.

Dan's Take: As a young-un finding my way thru the exciting world of drinking behind my parents back, you would never spend too much money on beer. Mostly because you never had any. Old Milwaukee, Schlitz, Hamms, Meister Brau, or Old Style were the beers you could afford. Of those Old Style tasted the best although to be honest it didn't really matter as long as you could catch a buzz.

For many years Old Style was my beer of choice and since the Cubs games were sponsored by them that was a plus. In the early 1980's I was transferred to New Jersey and then California and Old Style was not available so Budweiser became the beer I went to most often. Today in Chicago, Miller and Budweiser dominate the market and people fall in line behind one or the other.

If you go into a neighborhood bar and try to order a Fat Tire or some other microbrew you will likely be asked to leave and don't come back. Don't say I didn't warn you.

Ken's Take: One thing is very clear about Old Style: people either love it or they hate it. For me, I always enjoyed it, as it was kind of a local, Chicago beer, despite being brewed in La Cross, Wisconsin. There isn’t a corner tavern in Chicago or the surrounding suburbs that doesn’t sell it by either bottle, can, or on tap, so you never have to travel far for a cold one.

Old Style was that beer of my formative (aka juvenile delinquency) years, so I guess it has some nostalgic value to me, but it’s really not a bad beer. The next time you see that red, white and blue logo, grab yourself one (or six) and give it a try. For the beginners, I’d recommend getting it in cans, as you’ll spend hours trying to figure out what all of the microscopic pictures on the can are- unless the cans have changed, the trivia was all about finding the hitchhiker and the frog- good luck. Cheers.