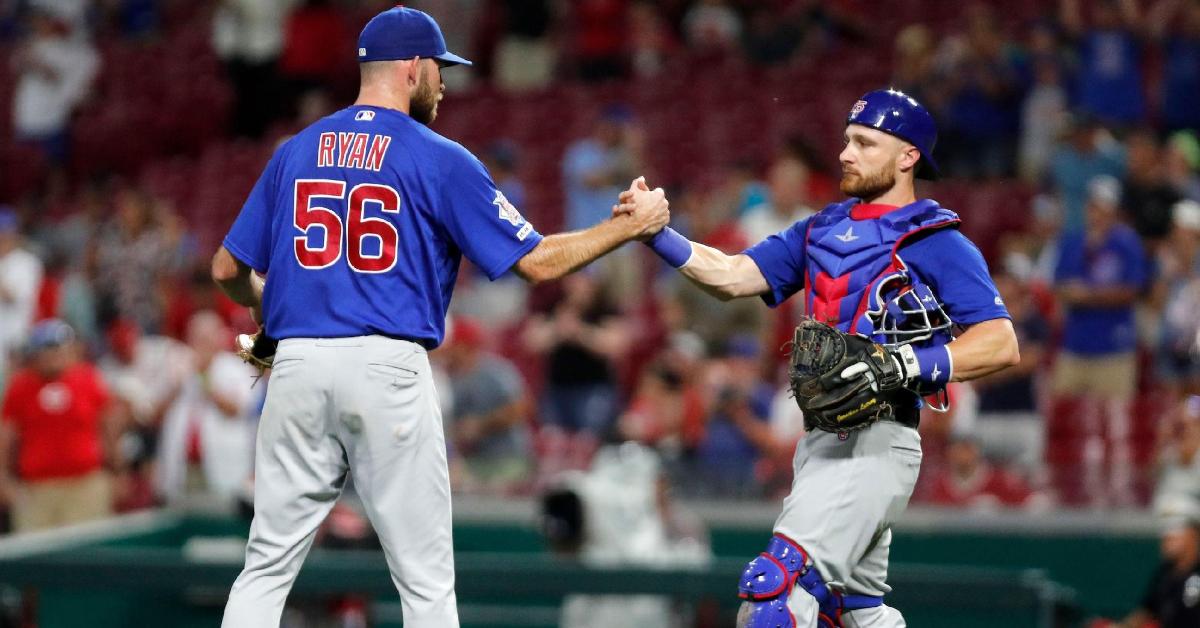 CINCINNATI — For the most part, the Chicago Cubs (63-52) have not fared well on the road this season, but they flipped the script by starting off a 10-game road trip with an impressive victory over the Cincinnati Reds (54-59) on Thursday. After scoring 10 runs at Wrigley Field on Wednesday, the Cubs carried that momentum with them to Great American Ball Park and pushed 12 runs across in their series opener versus the Reds. Amassing 19 hits, including three home runs, the Cubs showed out at the dish and won 12-5.

Celebrating his 30th birthday in style, Anthony Rizzo put the Cubs on the board with a 2-out RBI double in the top of the first. The Cubs tallied five RBI hits with two outs on the evening, and seven different Cubs recorded multiple hits at the plate. Although they went 3-for-16 with runners in scoring position, the Reds were not too shabby at the plate, either, as they racked up 11 hits. Aristides Aquino answered Rizzo's 2-out RBI double with one of his own in the bottom of the first to push a run across for the Reds and tie the game.

In case you haven't heard, @Aristide_Aquino is punishing the ball...

With this RBI double he is 8-for-11 over the past five games?? #BornToBaseball pic.twitter.com/z59hfVX5v9

A go-ahead home run by Cubs newcomer Nicholas Castellanos in the top of the third put Chicago ahead by a score of 2-1. The 405-foot solo shot to left-center was part of a 4-run inning for the Cubs. With one out and runners on the corners, Javier Baez smacked an RBI double to deep left, and with two outs and men on second and third, Ian Happ notched a 2-run single that increased the Cubs' lead to four. Once again, the Reds responded in the bottom half of the same inning and tacked on four runs, thus tying the Cubs up at 5-5.

Cole Hamels started on the mound for the Cubs, as he faced off against the team that he pitched against when he strained his left oblique in late June. While Hamels avoided injury this time around, he certainly did not experience a positive outing against the Reds. Hamels lasted just three innings and was yanked after giving up five runs on eight hits and two walks. Aquino took Hamels deep on a monstrous 445-foot 2-run bomb in the third, and the Reds went on to score two more runs before Hamels garnered an inning-ending strikeout with the bases loaded.

Helping Hamels' cause was Reds starter Alex Wood's dismal performance, as he, too, made it through just three innings pitched. Wood was taken for five runs on seven hits and one walk, and Castellanos regained the lead for the North Siders by skying his second home run off Wood in the top of the fourth. The opposite-field solo shot provided Castellanos with his first multi-homer game in a Cubs uniform. In the National League Central duel, Castellanos went 3-for-4 with one walk and remained red-hot in the Cubs' batting order.

Speaking of newly acquired Cubs, fresh off getting inked to a deal on Wednesday, new Cubs catcher Jonathan Lucroy started behind the dish in his Cubs debut and, like Castellanos, garnered three hits. Lucroy's first pivotal highlight as a Cub occurred in the top of the fifth, when he smacked an RBI double into the left-field corner that scored Happ with two outs. Happ came around to score again in the seventh, as he blasted a 2-run dinger to right. Interestingly, Happ seemed to crack his bat on the home-run swing, but he powered through for a round-tripper, nonetheless.

Lucroy drives in Happ to extend the #Cubs lead!

Happ's long ball gave the Cubs a 4-run advantage, and, later in the top of the seventh, Kris Bryant added two more runs with a 2-out single that ushered Jason Heyward and Castellanos home. Reds reliever David Hernandez, who endured the seventh-inning shellacking, suffered a worse stint on the hill than Wood, as he allowed five runs to score in a mere 1 2/3 innings of work. An RBI single by Lucroy in the eighth served as the fifth and final run given up by Hernandez, and it led to the 12-5 final score.

Epitomizing the brutal beating that Reds pitching took from Cubs hitting, Reds position player Kyle Farmer pitched part of the eighth and all of the ninth and, despite lobbing softballs over the plate, was one of the best Cincinnati pitchers to toe the rubber on the night. Just for fun, the right-handed Baez, who is capable of switch hitting, opted to bat left-handed against Farmer and flied out to end the top of the ninth. On the flip side, Cubs long reliever Tyler Chatwood served as Chicago's X-factor by striking out six in three scoreless innings after replacing Hamels on the bump. The Cubs have yet to win a road series against the Reds this season, but their 7-run triumph in the opening installment of the current 4-game set bodes well for them to finally accomplish that feat.