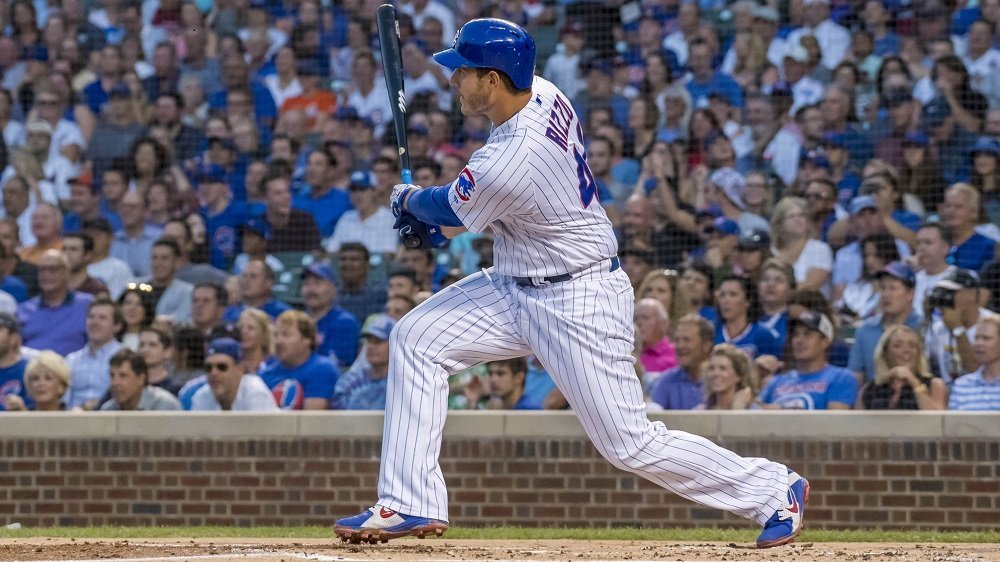 CHICAGO — Sparked by a 3-5 plate performance from first baseman Anthony Rizzo, the Chicago Cubs garnered 14 hits and extended their current winning streak by trumping the New York Mets. Taking game one of three at Wrigley Field with a 7-4 victory, the Cubs staved off a late comeback attempt by the Mets in a duel that featured several offensive surges.

Left-hander Jon Lester started on the mound for the Cubs and did a little bit of everything in his outing. In addition to pitching six innings of five-hit ball, Lester tallied a clutch two-out single that plated two runs to give the Cubs a lead and also perfectly executed a smooth pick-off and caught a hard-hit line drive while falling to the ground.

Some people say @JLester34 is the most complete player in @MLB. pic.twitter.com/QYv7PSFMNo

Lester did struggle on the mound early, though, as he gave up three runs in the opening two frames. Former Cub Austin Jackson put the Mets on top with an RBI single in the first. Then, in the second, Michael Conforto led off with a home run to center field, and Amed Rosario drove in a run with a one-out single that put the Mets up 3-1.

Rizzo briefly tied the game up at 1-1 in the bottom of the first, when he scored Daniel Murphy on a double to deep right. Murphy, who was once a Met standout, went 2-4 against his old ball club. The Cubs got to Mets ace Noah Syndergaard in the third inning by scoring three runs on three hits and taking a 4-2 lead.

Javier Baez started the bottom half of the third with a double to left and later scored on a wild pitch, which came with two outs. Syndergaard's two-out woes persisted when Lester tagged him for his aforementioned two-run single three at-bats later. Syndergaard gave up nine hits in a four-run start that spanned six innings.

Mets catcher Kevin Plawecki knotted the game up at 4-4 in the seventh on a solo blast to left field in the Mets' first at-bat after Lester departed from the game. The Cubs retook the lead in the bottom half of the same inning, though, when Rizzo was scored on a double to deep center by Ben Zobrist. Rizzo led off the frame with a double of his own, which marked his 1,000th career hit in a Cubs uniform.

Also in the bottom of the seventh, Zobrist crossed the plate on a fielder's choice groundout by Willson Contreras, which gave Chicago a 6-4 advantage. Rizzo added an insurance run in the next inning with his 22nd long ball of the year. A 425-foot homer to right-center, Rizzo's solo shot extended the Cubs' streak of consecutive games in which they have gone yard to 12.

Need some insurance? @ARizzo44 has got you covered. pic.twitter.com/nNA5eXlvB5

The Mets loaded the bases in the ninth, an inning that featured appearances by three different Cubs relievers. The final pitching change proved to be the most effective for the North Siders, as Jesse Chavez obtained back-to-back strikeouts with the bags juiced to finish off Chicago's 7-4 victory over the Mets (58-73). The Cubs (77-53) have now six in a row, which is tied for their season-high winning streak.