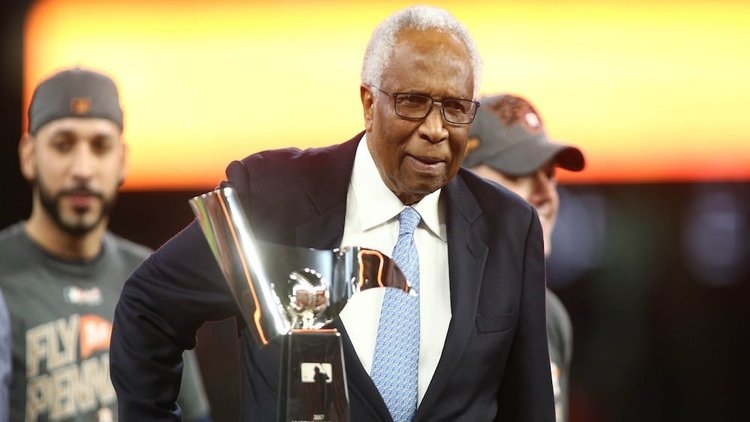 Cubs farm system: ESPN has released its rankings for the thirty teams in MLB and the Cubs did not do well. Ranked at 29th, the Cubs’ farm system was only deemed better than the Orioles.

Rest in Peace: Baseball legend, Frank Robinson, has passed away at age 84. Robinson was part of the Orioles’ Championship teams of 1966 and 1970, and he currently holds the 10th spot for all-time home runs. Robinson was elected to the Baseball Hall of Fame in 1982.

Statement from Brooks Robinson on the passing of Frank Robinson. #orioles pic.twitter.com/cCEa0bt9O4

Frank Robinson and I were more than baseball buddies. We were friends.Frank was a hard nosed baseball player who did things on the field that people said could never be done.I’m so glad I had the chance to know him all of those years. Baseball will miss a tremendous human being.

How big a force was the late, great Frank Robinson?

He led the National League in slugging 3 years in a row (1960-61-62)!! And did it at a time when Mays, Aaron, Banks, McCovey, Cepeda, Mathews, Frank Howard, Clemente and Musial were all in that league. Wow.

“On this, the 97th day of free agency, four days before the first pitchers and catchers report to spring training, less than six weeks ahead of Major League Baseball opening its regular season, the two best free agents in more than a decade remain unemployed. This is not a black eye for baseball. It is a ruptured spleen, a punctured lung and a lacerated kidney.

"What a failure, this off-season. No matter how much Bryce Harper and Manny Machado ultimately sign for, no matter where they end up, this is now more than three months of posturing and feinting, star-shooting and lowballing. This winter was supposed to be all fireworks. Instead, it is a sparkler.

"Nobody is happy with this. Fans are rightfully tired of waiting and guessing. Intrigue has evolved into annoyance. Players are clearly dubious about the market -- and the league's intentions. MLB is understandably embarrassed that two of its best players are preparing for an unfortunate uniform swap --

baseball jersey and pants for pajamas -- as they entertain the possibility of missing the beginning of spring training."

Mariners: An MLB investigation into alleged racial discrimination by the Mariners has yielded no credible evidence to support the allegations made by former High-Performance Coach, Dr. Lorena Martin. Martin had argued that GM Jerry Dipoto and manager (former Cub) Scott Servais had referred to Latino players as “lazy, dumb and stupid,” and had fired Dominican trainers “based on their color and race.”

Mets: NY has signed catcher, Devin Mesoraco to a minor league deal which will include an invite to spring training.

Orioles: Baltimore has signed RHP Nate Karns to a one-year, $800k deal with another $200k available in incentives.

Phillies: The Phillies have struck a deal with the Marlins for All-Star catcher, JT Realmuto. In return, Miami will receive pitching prospects, Sixto Sanchez and Will Stewart as well as catcher, Jorge Alfaro. There will also be an international bonus spot included in the deal. In addition to receiving a quality catcher, it is believed that the Phillies are using Realmuto to help entice Bryce Harper to sign with them.