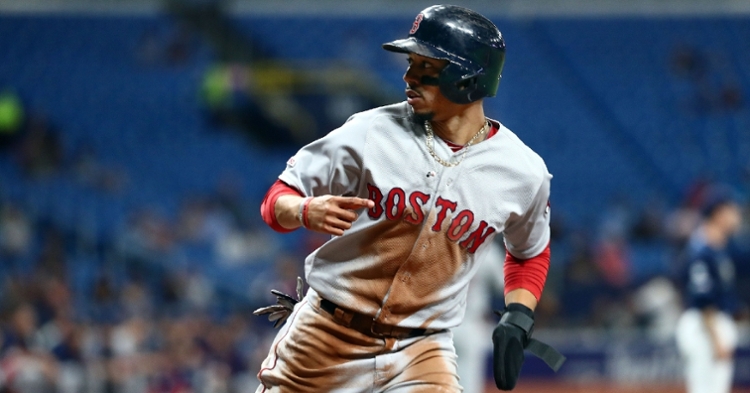 Yesterday the baseball world was shocked with one of the biggest trades in recent memory, with another trade on the side. The rumblings of the trade shook up the Nationals League’s favorite, while also strengthening multiple teams in the American League.

The Dodgers were able to land one of the game’s biggest stars without sacrificing much of their farm system as they acquired a top-five player in the game, the 2018 AL MVP: Mookie Betts.

In a separate deal, the Dodgers sent Joc Pederson and Ross Stripling to the Angels for Luis Rengifo. As a result of the deal, the Angels were able to bolster their starting lineup and pitching staff a bit. The Dodgers were able to solidify their offense and rotation with a pair of all-stars, the Twins got a much-needed pitcher to go with their stellar offense as well as the Red Sox getting some much yearned for financial flexibility.

Since the trade market rapidly heated up in a matter of hours, the domino effects are expected to ripple across the national league with the Cubs potentially being involved.

With the Rockies looking to move Nolan Arenado, that appears to be much more likely now that the Dodgers have solidified themselves as the favorite of the NL West and quite possibly the National League. The Rockies, who don’t seem to have a chance in the division, will be more inclined to move their superstar and retool for the future.

With the Dodgers becoming that much stronger, the Nationals and Braves among other teams may be more inclined to pull the trigger on a trade to get a roster that can compete with the talent that the Dodgers have.

After the Betts trade news settled NBC Sports Chicago’s David Kaplan has reported that multiple other national league teams have inquired to the Cubs about Kris Bryant and offered various packages with prospects and younger players. While it appears the teams would likely be the Nationals, Braves, Padres or Phillies, it is merely speculation at this point.

Could this finally be what jump-starts the Kris Bryant market that has essentially been at a halt all offseason long?

It is still possible that the Cubs try to move Bryant before opening day. However, the asking price of the Cubs is still a high one, and there are still multiple other superstars on the market in Francisco Lindor and Nolan Arenado. The front office of the Cubs will not move Bryant just to move him, but they are also attempting to retool for the future while also trying to win now.

It is entirely plausible that Bryant is traded, kept, or even swapped straight up for Nolan Arenado. What is important now, however, is that Kris Bryant’s grievance has finally been decided, and the trade market has begun to heat up across baseball — so Theo Epstein and Jed Hoyer finally have the flexibility they have looked for all offseason long.

Blockbuster update: Red Sox viewed Brusdar Graterol's medicals and "projected him more as a reliever than a starter," per @Ken_Rosenthal. Sox might ask for additional player or money.

Teams "confident the deal will be completed, but perhaps not in its original reported form."

.@thekapman drops some real honesty and tells us what people in baseball think of Kris Bryant's value on the trade market right now.