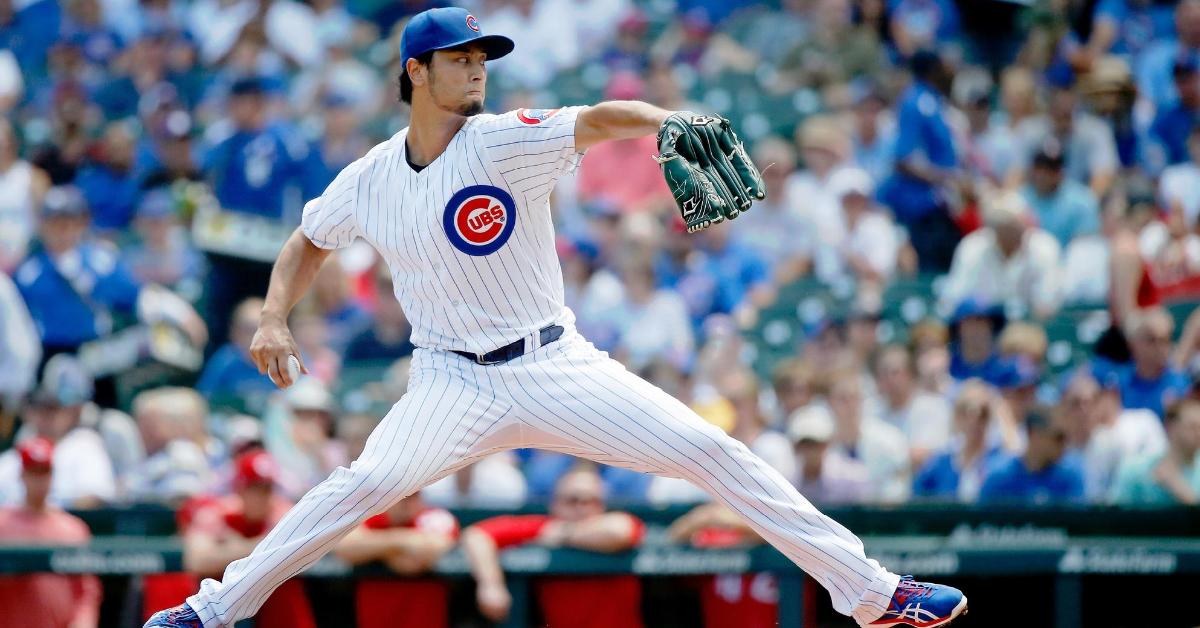 CHICAGO — For the first time in his career, Yu Darvish earned a winning decision at Wrigley Field on Wednesday. Currently in his second season with the Chicago Cubs (52-44), the right-handed starting pitcher suffered a variety of tough losses and hard-luck no-decisions at the Friendly Confines before finally being rewarded for his efforts. Darvish pitched six scoreless innings and struck out seven en route to tallying the win. At the plate, the Cubs tabbed a modest six hits but made the most of their scoring opportunities, which enabled them to defeat the Cincinnati Reds (43-50) 5-2 at Wrigley Field.

In both the first and second frames, the Cubs recorded 2-out solo shots that braced them for most of the contest. With his 20th home run of the year, Kris Bryant went yard on a 412-foot dinger to center in the bottom of the first. Bryant went 2-for-3 with one walk on the day. Addison Russell then pounded out a round-tripper in the bottom of the second, with the 389-foot tater to left increasing Russell's homer total to six and putting the Cubs up 2-0.

Solid pitching from Darvish kept Cincinnati at bay before the Reds finally put runs on the board against Cubs relief in the eighth. Darvish struck out Yasiel Puig in the final at-bat of his outing and was fired up as he left the mound. As for Reds starter Sonny Gray, he collected the losing decision after receiving no run support in his 6-inning outing, despite the aforementioned home runs serving as the only two hits that he allowed.

Starting in place of the injured Willson Contreras, Cubs catcher Victor Caratini picked off a runner at first to end the top half of the seventh. The laser of a throw was followed by a smooth tag from Cubs first baseman Anthony Rizzo. The Reds challenged the call, as Jose Peraza nearly slid back to the bag safely, but the ruling was not overturned. That led to Jason Heyward driving home two insurance runs for the Cubs in the bottom half of the seventh. Heyward smacked a 2-run double into the right-field corner, thereby increasing the Cubs' lead to four.

Heyward's 2-bagger proved to be critical when the Reds pushed two runs across in the eighth. Peraza began the inning with a double and was then scored on a Nick Senzel single. Senzel was ushered home a few plate appearances later via a base knock from Puig. A couple of solid defensive plays prevented the Reds from doing more damage in the penultimate frame, as Kris Bryant made a diving catch in left field, which was soon followed by an inning-ending 6-4-3 double play.

A 2-out rally resulted in the Cubs taking a 5-2 lead in the bottom of the eighth. Javier Baez and Bryant hit back-to-back singles with two outs, and, thereafter, Rizzo beat out a throw to first on an RBI infield single that scored Baez. Cubs closer Craig Kimbrel entered in the bottom of the ninth and picked up his fourth save with the North Siders by sitting the Reds down in order to wrap up the Cubs' 5-2 win. In addition to Darvish's milestone, the victory also resulted in the Cubs, who took two of three from Cincinnati, winning their first series of the season against the rival Reds.