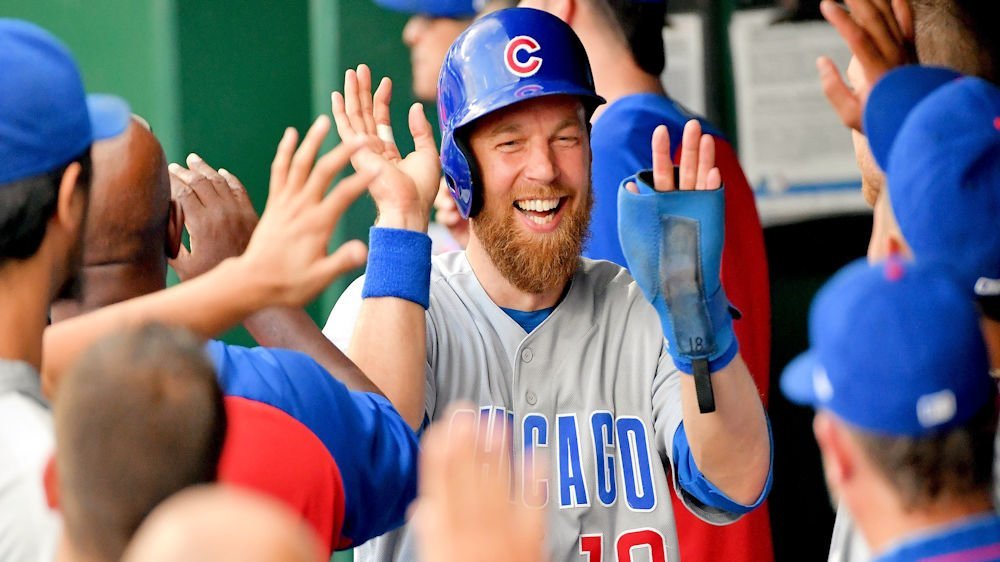 KANSAS CITY — Sparked by a solid performance from third baseman David Bote, the Chicago Cubs (66-47) won their second straight over the Kansas City Royals (34-79) on Tuesday. Overcoming an in-game departure by outfielder Ben Zobrist, which was due to injury, the Cubs dominated the Royals from beginning to end in a 5-0 shutout.

Limiting the Royals to just six hits, which were tallied by six different hitters, Cubs pitching flourished for the second game in a row at Kauffman Stadium. Cubs starting pitcher Mike Montgomery, who consistently performed well against the Royals when he was a member of the Seattle Mariners (65-49), allowed five hits and two walks while striking out four in six innings of work. He picked up the win and improved to 4-4 overall.

Royals starter Brad Keller, on the other hand, was taken for four runs on seven hits and three walks in his six innings on the mound. He fell to 4-5 with the loss. Bote, who went 2-3 with three RBI, set the tone for Chicago early on by hitting his first career triple. Bote's two-run three-bagger off the wall in right-center field came with two outs in the opening frame.

Mr. Exit Velocity puts the #Cubs up by two early!

The Cubs experienced another two-run inning in the fifth. Catcher Victor Caratini led off with a single and was later scored on a sacrifice fly by Zobrist, who also hit a critical double to set up the Cubs' two-run first inning. Zobrist exited the game with left hip tightness at the midway point of the fifth inning.

Also in the top half of the fifth, Bote collected his third RBI of the night on a two-out base knock to right that plated second baseman Javier Baez. Baez pulled off a couple of Willie Mays-esque catches in the shallow outfield on the evening, making two over-the-shoulder grabs of popups look easy.

Why yes, @javy23baez was making highlight-reel defensive plays at 3B just yesterday. pic.twitter.com/FYF1TJGrqq

In the eighth inning, Bote capped off his great night by scoring his lone run on a sacrifice fly by Ian Happ a few at-bats after drawing a walk. The Cubs' bullpen was outstanding, with three Cubs relievers combining to pitch a one-hitter in the final three innings. Justin Wilson finished off the 5-0 win for the Cubs with a three up, three down ninth.