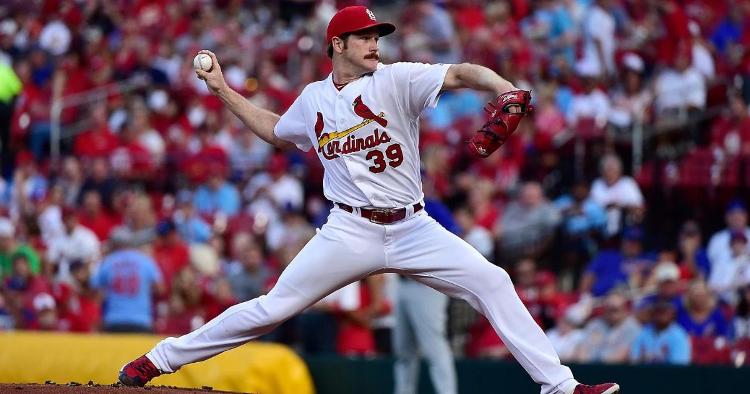 The St. Louis Cardinals will be without star pitcher Miles Mikolas for the rest of the season. (Credit: Jeff Curry-USA TODAY Sports)

ST. LOUIS — The St. Louis Cardinals will be forced to go through the 2020 season without the services of starting pitcher Miles Mikolas. Cardinals executive John Mozeliak announced on Tuesday that Mikolas is set to undergo season-ending surgery.

Mikolas has been dealing with an issue involving the elbow in this throwing arm since late last season, and it was aggravated during spring training. The right-hander had not yet been activated this summer, and he will now go under the knife for surgery on his right elbow tendon.

The Cardinals expect Mikolas, a 2018 All-Star, to recover in approximately four months and be at full strength by the time 2021 spring training arrives. In the meantime, Daniel Ponce de Leon will fill Mikolas' spot in the rotation.

If there’s good news to this, it’s that the Monday MRI on Mikolas’s elbow showed an intact UCL (Tommy John ligament), which means Mikolas could be healthy for next year. It’s four months of rehab vs. one year if it were a torn UCL. https://t.co/00uZbUQHXJ