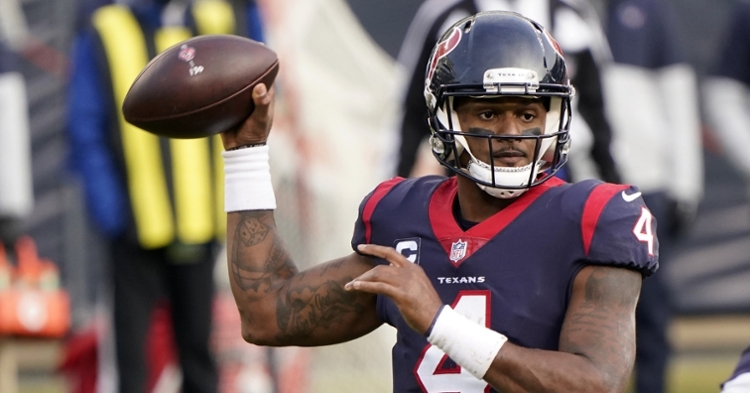 The Chicago Bears will be rolling with veteran Nick Foles if the 2021 season started today.

Bears fans and most in the media think that the organization will make a big splash in acquiring a quarterback or possibly selecting one in the upcoming 2021 NFL draft.

According to ESPN's NFL Insider Jeff Darlington, the Bears have an interest in trading for star quarterback Deshaun Watson if he becomes available and will give up a ton.

"There is no more vulnerable team looking for a quarterback than the Chicago Bears," Darlington said on NFL Live recently. "Houston better be careful here. They got their victim (Bears) with coming to salvaging this Deshaun Watson situation. If the Bears decide to go a different direction, Houston is gonna say why did we not do that."

It appears that the Bears will trade some valuable assets to acquire a franchise signal-caller.

"It's gonna be tough to find a team that’s willing to give up as much as the Bears will right now."

This should be interesting to follow what the Bears do this offseason and during the upcoming draft regarding their quarterback situation.