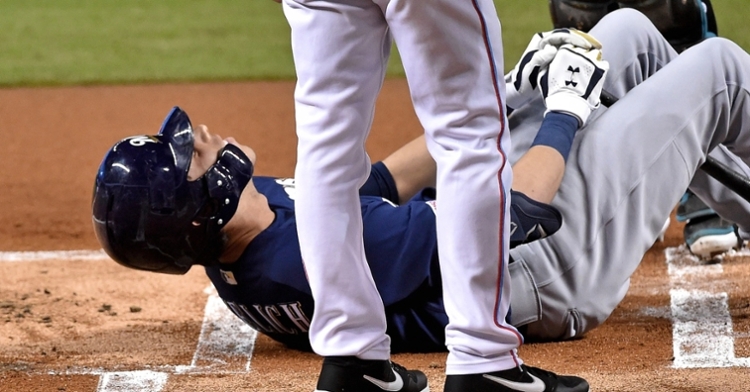 MIAMI — The Milwaukee Brewers suffered a devastating blow to their playoff push on Tuesday night, as star right fielder and reigning National League MVP Christian Yelich fouled a ball directly into his right kneecap. Yelich went down in immediate pain and left the Brewers' contest at Marlins Park against the Miami Marlins.

Following the game, which the Brewers won 4-3, Brewers general manager David Stearns announced that Yelich suffered a fractured kneecap and will miss the remainder of the season as a result. At 76-68, the Brewers are currently 1 1/2 games behind the Cubs in the wild-card race.

Here’s the foul ball that knocks Christian Yelich out for the rest of the season. Brewers say he has a fractured kneecap. (Video via @FOXMarlins) pic.twitter.com/D52FAljJbL

#Brewers David Stearns on Christian Yelich’s fractured kneecap. He is out for the season. pic.twitter.com/3tyIeHbyn5