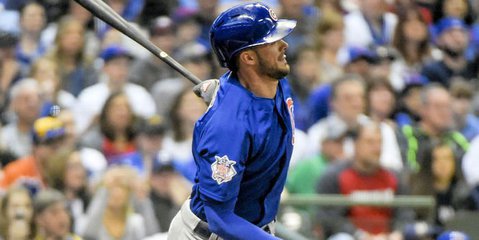 The Chicago Cubs are going for their fifth straight win on Tuesday night as they play the Atlanta Braves at Sun-Trust Park. However, the two teams will have to wait just a little longer as the game just entered into a rain delay.

A huge rain shower just went through Atlanta as the tarp was put on the field. The delay should not last long as the sun is already out on half the field.

We will update you when the start time is announced for the game to begin.

It was announced that 7:15 PM CDT is the estimated first pitch for tonight's game.

6:57 PM CDT -- The tarp is coming back on the field and the game will be delayed further.

Only time it rains in Atlanta is when they take off the tarp. I suggest we start with the tarp ON the field. Would be fun.

Bad news: The tarp is on.

Good news: We are again available to answer any questions you can think up. pic.twitter.com/oqD552w9OR